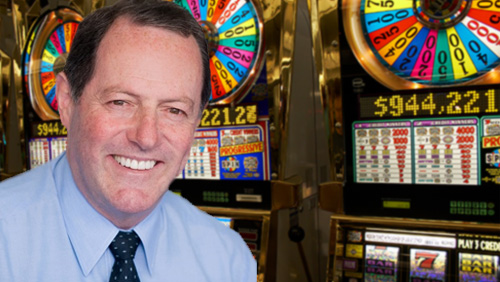 Last Friday, Gaming Technologies Association (GTA) announced that its long-time CEO, Ross Ferrar, would be stepping down as its CEO. Ferrar has served as the CEO for the past 17 years and said that it’s time to move on. He is being replaced by Chris Muir, who has been with the GTA since this past June.

The GTA is a trade organization that represents gaming machine technology suppliers in Australia. It is also the founder and organizer of the Australasian Gaming Expo, a casino industry trade show held annually in Sydney and which celebrated its 29th year last month.

GTA chairman Adrian Halpenny said via a prepared statement, “I would like to thank Ross for his service to the GTA for the past 17 years. He has been a keen and steadfast advocate for the Association and its members and has had a distinguished career in the industry. The GTA will continue to participate as a voice of reason in the public discourse about poker machines and their role as a legitimate entertainment choice enjoyed by millions of Australians.”

Halpenny further stated, “Under Ross’ leadership, the GTA has developed a strong record of advocating for its members in support of a robust and sound regulatory environment and has made an important contribution to the public discussion around our industry.”

Muir has held senior-level roles in New South Wales (NSW) and federal governments. In NSW, he was the chief of staff to senior ministers and later was a senior official with the Australasian Transaction Reports and Analysis Center (AUSTRAC). Of his new responsibilities, Muir asserted, “I am excited to continue to work with the GTA members and our industry stakeholders to best represent them on issues pertaining to technical and regulatory matters and advocate strongly for them.”

Halpenny also offered a few words about Muir. He said, “Chris has worked closely with Ross over the past three months, particularly in our regulatory engagements and in the planning for the recent industry showcase the Australasian Gaming Expo. The board looks forward to working with Chris to continue to represent the interests of members with all of our industry stakeholders.”