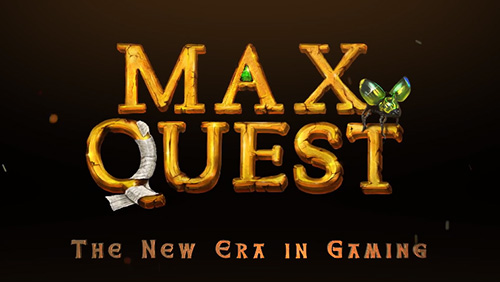 Due for release in September 2018, Max Quest is a role-playing, action adventure game that transplants the excitement of RNG-based slot gaming into a multi-player interactive shooting experience.  Up to six players unite to brave a subterranean maze in search of undiscovered treasure, fighting back hordes of the sun god’s supernatural enemies, and tackling tricky boss enemies to earn XP and enter regular leaderboard contests.

Blending the best of console and casino games, Max Quest is the dawn of an entirely new kind of RNG gaming, and its promotional campaign is set to be just as remarkable.  To capture the attention of both slot players and videogamers, Betsoft will showcase Max Quest in a series of different social experiences that draw on the cultural touchstones of arcade, home, and real-money gaming – from the 1970s through to today.  Game characters will also be messing with the space-time continuum and popping up at historical milestones under the #MummyBomb hashtag.

To set the scene for a campaign geared towards sharing and participation, Max Quest’s first exposure to the public brought the Ancient Egyptian experience to life on a grand scale.  The augmented reality Magic Mirror was installed in the main plaza of the Alexa Centre, on Alexanderplatz, where it surprised passers-by, and encouraged players to party up to traverse a life-sized virtual version of one of Max Quest’s treasure-laden rooms.

Participants stood in front of a large screen, which used a live video feed of the plaza, overlaid with game elements, to deliver an immersive experience. Shoppers’ reactions and interactions with the Magic Mirror were captured.  Players then scored points by stamping on AR scarabs that scurried underfoot, collecting scattered treasure and battling life-sized mummies who seemed to appear from the ground beside them. Other elements were also superimposed, including tomb walls, statues and sarcophagi that transported players to a world of action and adventure beneath the sands. Highlights from the Magic Mirror experience are now available to view here.

To follow the full social campaign and witness the dawn of the new era in gaming first-hand, visit @playmaxquest on Twitter, playmaxquest on Instagram, and search for Max Quest on Facebook.  A countdown to the game’s official launch, along with a teaser trailer, can be found at www.playmaxquest.com.

Betsoft Gaming develops innovative casino games for desktop and mobile.  Its portfolio of more than 190 RNG titles reaches players through partnerships with many of the iGaming industry’s leading operators.  Under the SLOTS3™ banner, Betsoft is elevating players’ expectations; these cinematic, true-3D slots blend rapid, gratifying gameplay with an audio-visual excellence more typical of movies and videogames.

Betsoft is headquartered and licensed to operate in Malta, and holds additional licenses in Romania and Curacao.  Contact [email protected] or visit www.betsoft.com for general information and enquiries.  For press and marketing enquiries, email [email protected].