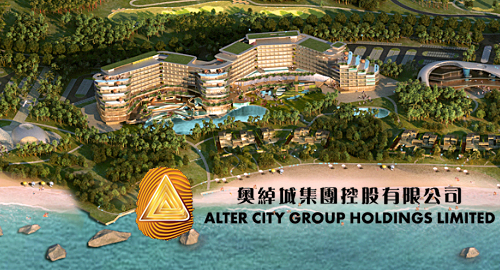 Would-be Tinian casino operator Alter City Group Holdings (ACG) has had its license suspended after failing to make its scheduled annual payment to the local government.

On Thursday, the Marianas Variety reported that the Tinian Casino Gaming Control Commission had suspended ACG’s gaming license after the company failed to make its required annual payment of $500k.

William Cing, the Commission’s exec director, told the paper that ACG was required to pay $500k per year over the duration of the 40-year license, but the company failed to ante up last year and “they have not done anything yet on the property since they broke ground” a couple years back.

Cing said ACG is reportedly “having problems with [their] financial scheme, so now they want to apply for the EB-5 investor program so they can invite other investors.” Cing added that ACG’s quest for new investors represented a “very different” scenario than the one the company offered when it made its initial casino pitch for a $1.2b resort (artist’s impression pictured above).

Cing said the Commission held out hope that ACG would get its act together but unless payment was forthcoming within a reasonable time, the Commission will issue a notice “to show cause why their license should not be revoked.”

Tinian hasn’t had much luck launching its casino market, with the island’s original venue – the Tinian Dynasty Hotel & Casino – filing for bankruptcy in 2015. The property was subsequently acquired by one of its main creditors but remains shuttered, in part due to an outstanding $75m money laundering penalty imposed by the US government.

There is one Tinian casino project that still appears to still have a pulse. The Bridge Investment Group (BIG), which years ago announced plans to build a $130m Titanic-themed Tinian Ocean Resort and Casino, is “moving forward,” according to Cing.

Cing said work was progressing on BIG’s project, now apparently rebranded as Tinian Island Hotel, with none of the labor issues that have plagued the Imperial Pacific Resort on nearby Saipan. Cing said BIG’s project was on target to complete its first phase by March 2019. (Tinian and Saipan are part of the Northern Mariana Islands, a US commonwealth.)

This really hasn’t been a banner day in CNMI casino history, with Imperial Pacific International having issued a profit warning due to falling revenue and uncollectable VIP gambling debts.