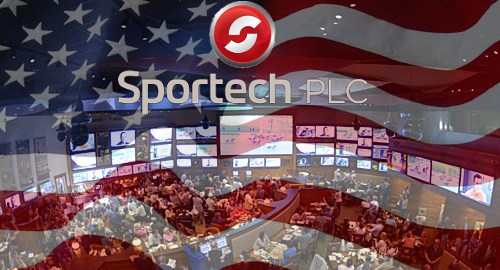 UK-listed race betting operator Sportech Plc is eyeing US market expansion after reporting essentially stagnant results over the first half of 2018.

On Wednesday, Sportech reported revenue of £31.6m in the six months ending June 30, a nearly £2m decline from the same period last year, although the numbers were actually up £400k in constant currency terms. In real terms, gross profit was down £1.4m to £22.9m while adjusted earnings dipped by £800k to £3.3m.

The results don’t include contributions from the Netherlands-facing Sportech Racing BV division, which the company sold to RBP Luxembourg in April for £2.5m.

The period saw the division ink five new contracts, four of which were in the US, while extending eight other deals. Sportech says it is “aggressively” developing its sports betting integration and hopes to eventually provide sports wagering to its existing pari-mutuel customers.

The R&D division includes the Bump 50:50 in-stadia raffle operations, which increased its relationships to 72 teams by the end of H1. Bump revenue was up 42% year-on-year to £700k, and the company plans to expand Bump’s offering to mobile channels and non-sports charities.

Given its Connecticut presence (16 venues), Sportech feels it will be able to offer a “strong direct-to-consumer sports betting offering” in the state, assuming local pols pass the necessary legislation. Sportech has a B2B presence in 36 other US states and in May inked a data and risk management deal with Sportradar.

To ensure it’s ready to add sports betting wherever it’s permitted, Sportech spent around £500k in H1 beefing up its product and expects FY18 betting costs to top out around £1.3m, with the cash coming from the sale of its Netherlands operation.

Sportech CEO Andrew Gaughan, who took over from Ian Penrose in March, says the company will continue to “identify operational efficiencies” to maintain profit levels in its R&D division, while taking heart in the fact that its non-US contracts are shifting from one-time sales-based deals to long-term service-based contracts.