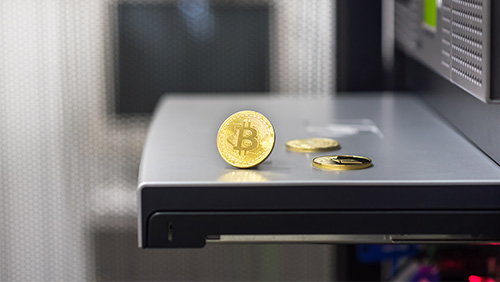 Reports began circulating about a week ago that a Macau-based eSports operated was involved in a cryptocurrency scam that has taken 70 locals on a $2.5-million ride. The company, Grow uP eSports, was accused of facilitating meetings between the investors and a cryptocurrency mining equipment manufacturer, Genesis Hong Kong, Ltd., which ultimately has not abided by the investment agreements and has not reimbursed investors as promised. Now, Grow uP’s founder, Frederico Alexandre dos Santos Rosario, has spoken out, denying any involvement in the scam.

According to Inside Asian Gaming, Rosario penned a letter to the media outlet this past Tuesday in response to what he calls “baseless and calumnious allegations” related to the scam. He said that he has been the victim of a number of defamatory comments and accusations thrown at him by the Hong Kong eSports community and Genesis’ majority shareholder Dennis Lau, and intends on filing a defamation lawsuit against Lau.

Rosario’s mother, Rita Botelho Dos Santos, has already filed complaints against Genesis and its partner, Forger Tech, as well as against Lau and Hong Kit Lau, another majority shareholder in Genesis. Those complaints come after Genesis and Forger held seminars hosted by Grow uP in Macau last January that, as has come to light, were apparently nothing more than an opportunity to perpetrate fraud.

142 participation agreements were signed by 70 residents in Macau to invest in the purchase of crypto mining equipment. According to the agreement, “significant returns” would be paid out, but to date only around $815,000 of the more than $20 million has been returned. Out of a total of seven funding rounds held, only the first three have seen capital returned to the investors.

Lau has accused Rosario of the fraud, which the latter vehemently denies. He said in his statement, “Dennis Lau is currently under investigation by criminal authorities in Hong Kong and Macau for the suspected defrauding of Forger Tech clients.” He added that he wanted to “clarify the misinformation that Mr [sic] Dennis Lau has attempted to spread against me in an obvious attempt to shift attention from the serious accusations which have been brought against him and which are currently under investigation by the proper authorities.”

Rosario has indicated that he has proof of his innocence, adding, “In the meantime, I will continue to actively cooperate with the ongoing criminal investigation against Mr [sic] Dennis Lau and Forger Tech in Hong Kong and Macau and have full confidence that the truth about this matter will come to light through the proper authorities.