The City of Dreams (CoD) in Macau was the site of a lot of action this past weekend, but not all of it was pleasant. Staff employed by Melco, which owns CoD, decided to hold a public protest 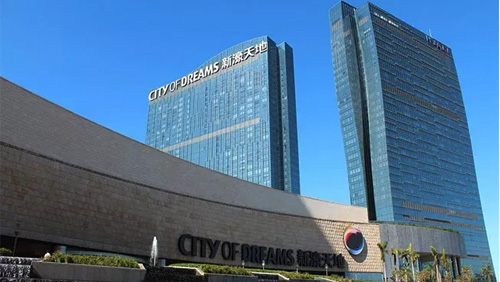 outside the casino this weekend in an effort to force the company to boost their wages and provide bonuses. There were some discrepancies as to how many staffers participated, with the New Macau Gaming Staff Rights Association (NMGSRA) saying there were 3,000 and the Public Security Police counting only 850 at the height of the protest.

The employees want the casino to pay them what would amount to a fourteenth month in salary. Cloee Chao, who leads the NMGSRA, told local media, “Our demands are really simple. We hope that there will be a bonus in both Summer and Winter. We only want a 14-month-pay per year benefit. We also want dealers to receive their provident fund in full, which should include both the base salary and tips.”

The fight may stem from recent announcements by Wynn Macau and Sands China. Wynn indicated in July that it would be offering most of its employees a bonus equal to one-month’s gross salary, due to be paid on Aug. 15. Sands announced a similar deal, but its payout won’t take place until the end of the month.

Melco doesn’t give any perks to its employees, other than a contribution to the staffers’ retirement fund. The amount provided is calculated from each employee’s base salary.

Protesters also want the casino to revamp its promotion system and improve its enforcement of the city’s ban on smoking inside casinos. Chao asserted, “We only want the smoking ban to be implemented normally and really don’t want to see the situation where employees were prohibited from voicing out when it is obvious that a customer is violating rules.”

The NMGSRA has previously made attempts to have the casino improve the conditions for its employees through dialogue and petitions. It also held a similar protest on Aug. 1 that attracted somewhere around 2,200 employees. However, those attempts have fallen on deaf ears, and Chao said that the workers will no longer try to seek mediation with the casino but, rather, will go directly to the government.