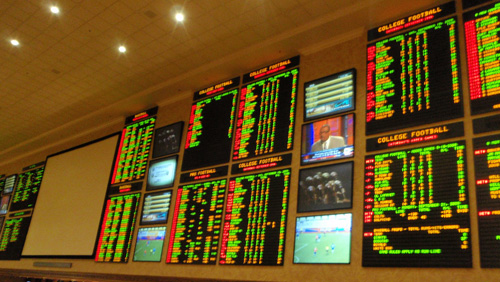 According to recently published data from The Delaware Lottery, the state’s three casinos, they reportedly saw $8 million in sports wagers placed between June 25 and July 29 of 2018. The majority of the bets, $5.8 million, were placed at Delaware Park, which welcomed the bulk of the traffic due to its access to out-of-state gamblers in New Jersey, Maryland and Pennsylvania. Of all the money collected, after giving the requisite cuts to the government and to their racetracks, $185,000 net was earned by the three casinos.

Gamblers were the biggest winners in the last month, only the second month that sports gambling has been legal in the state. For the 20 days that sports gambling was available in June, gamblers picked up about $1 million less than the total wagered amount—$7 million vs. $6 million. In July’s fiscal month, which runs through the last Sunday of the month, they took home just under $7.7 million.

Part of the draw came from the FIFA World Cup soccer tournaments, which wrapped up mid-July. Now that it’s behind us, all eyes are on the NFL and college football. The NFL is already in its pre-season and college football gets under way at the end of August.

The state earned a total of $875,000 in proceeds for the month of June, and added another $230,614 in July. This represents 50% of the total proceeds received by the three casinos.

It would appear that sports gambling is paying off, both for casinos and for the state. The next step will be to see the introduction of a mobile or online platform, or both, which could help to increase revenue even further. Plans for the two offerings are said to be in the works and, with the help of DraftKings’ mobile platform in neighboring New Jersey, it will probably come sooner rather than later.