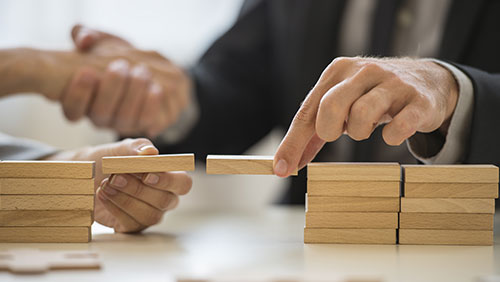 31/7/2018 – Valletta, Malta – Betsoft Gaming has widened its footprint in the Italian regulated market, entering into a new content partnership with international slots and sportsbook institution Stanleybet.

The agreement is extensive: every game in Betsoft’s sought-after Slots3™ series – all ADM / AAMS certified – has now been added to the Stanleybet online platform, ready for release to the operator’s Italian players.

Founded in 1958, Stanleybet is firmly established as a leader in sports betting and slot gaming.  Today, the company employs 3,000 people across the EU, catering to online and land-based markets in Belgium, Cyprus, Denmark, Germany, Italy, Malta, Romania, the UK, and more.  Building on 60 years’ experience in tightly-regulated retail markets, Stanleybet now sees its online operations as a forge for new ideas and innovations, as Annamaria Anastasi, Marketing Director at Betsoft Gaming explained:

“iGaming is an opportunity for Stanleybet to celebrate their heritage, honour their long commitment to fair play and responsible betting, and explore new opportunities.  To achieve all these objectives, the Stanleybet team sought a content provider with international experience, a portfolio with the right regional accreditation, and above all, a partner that prioritised playability and the user experience.  Betsoft were thrilled to answer the call.”

Although the agreement is initially confined to the Italian regulated market, Stanleybet aims to expand its online offer to new regulated markets in the near future, supported by marquee content from the Betsoft portfolio.

“Our partnership with Betsoft will improve our offering with intriguing slots that deliver the best possible player experience,” explained Gianluca Porzio, Stanleybet’s Online Department Director.  “Betsoft’s games have charming introductions, engaging effects, and exciting soundtracks.  We think our customers will particularly love the playability of games like A Night in Paris, The Slotfather (PartII), Mamma Mia, Weekend in Vegas, and Gladiator, as well as the bonus mechanics of games like Madder Scientist.”

Betsoft Gaming develops innovative casino games for desktop and mobile.  Its portfolio of more than 190 RNG titles reaches players through partnerships with many of the iGaming industry’s leading operators.  Under the SLOTS3™ banner, Betsoft is elevating players’ expectations; these cinematic, true-3D slots blend rapid, gratifying gameplay with an audio-visual excellence more typical of movies and videogames.

Betsoft is headquartered and licensed to operate in Malta, and holds additional licenses in Romania and Curacao.  Contact [email protected] or visit www.betsoft.com for general information and enquiries.  For press and marketing enquiries, email [email protected]

Stanley was established in Belfast, Northern Ireland in 1958 and, after over 20 years of development in Ireland, relocated to England in 1979, setting up its headquarters in Liverpool.

In 1986, after the extraordinary expansion of its betting shops and casinos, the Company went public on the London Stock Exchange and changed its name to Stanley Leisure Plc. The Stanley Leisure share quickly joined the prestigious ranks of the market’s 250 blue chips used each day to calculate the stock exchange index.

Stanley International, a 50/50 joint venture between Stanley Leisure Plc and an Italo-British player was established in July 1997 and immediately began overseas operations in Croatia and Italy.

In 1998, Stanley Leisure Plc requested authorisation from the Italian Ministry of Finance to participate, with its 100 betting shops, in the test phase for betting assigned to SNAI as a monopoly. The Ministry’s response was that it could only tender once the test phase was complete. But the 1999 call for bids for 1,000 concessions included certain disqualification clauses: publicly listed companies were not eligible to tender. Following Stanley’s complaint with the European Commission, a violation procedure was commenced against Italy. However, it was not until the rulings of Court of Justice Judges Gambelli (2003) and Placanica (2007) that Stanley’s disqualification was found to be in violation of EU law.

In May 2005, Stanley Leisure sold all its betting shops in the UK (approximately 700) to William Hill, while remaining a leader in England with its casinos and focusing on significant development in Europe through its investee Stanley International.

The Italian government put nine-year concessions up for tender in August 2006, but the clauses on the distances between points-of-sale favoured the 1,000 winners of the 1999 call, from which Stanley had been unfairly excluded. Stanley took action and, in 2012, Judge Costa Cifone with the Court of Justice ruled that the Italian government had, with the clause in the invitation to tender (under the Bersani decree), once again violated EU law to Stanley’s detriment.

September 2006: the Malaysian group Genting International launched a complete takeover bid on the London Stock Exchange for Stanley Leisure Plc. The bid was a success.

The following month, the Italo-British owner of 50% of Stanley International acquired the residual 50% from Genting International, assuming complete control of the English holding company that controls the entire group.

In 2012, Stanley and the Italian Regulator, ADM, met informally to discuss Stanley’s participation in another invitation to tender for a nine-year concession. However, the Monti decree unexpectedly established a concession term of only three years and included a clause requiring the free transfer of the network at the end of the concession, making it impossible for high-profile companies to participate. Following the dispute that arose, the Court of Justice (Laezza’s decision of 2016) yet again confirmed that the Italian government was in violation of EU law with the free network transfer clause.

Meetings were held with the Italian Regulator and an understanding was reached for Stanley to tender for online services. Since then, Stanley has run betting operations remotely in Italy with a valid ADM licence. Stanley hopes to reach an agreement as soon as possible for retail services as well, and is putting all its efforts in this direction.

In 2014, at the end of the long non-competition period agreed with William Hill, Stanley resumed operations in the United Kingdom: it opened its first shop in this new era on 14 February 2014 in Liverpool.

Stanley holds a licence for retail and/or online operations in the United Kingdom and many other European countries. Only its Italian operations are cross-border under a Maltese licence, due to the discrimination that Stanley has faced in accessing Italian concessions, in violation of EU law, as confirmed by multiple rulings of the Court of Justice and Italian judges, including at the highest levels.

The Stanleybet Group is currently a major European player in the gaming industry and operates on the B2C market in Belgium, Cyprus, Denmark, Italy, Malta and the United Kingdom with a total of over 2,000 shops and offices and 3,000 employees and freelancers. The Group also operates in Croatia, Germany, Nigeria and Romania through its B2B brand, Magellan Robotech, which designs and develops sophisticated gaming products and solutions (click here to learn more about Magellan Robotech).