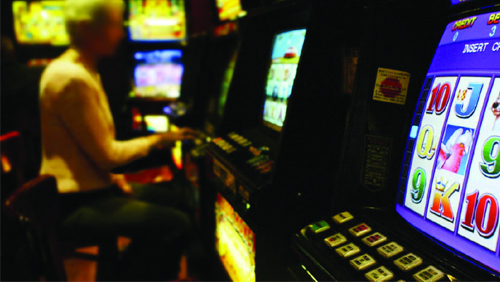 Eighteen municipal councils in the Australian tate of Victoria have prodded the local government to slash the maximum bets on the state’s 27,000 pokies from AUD5 (US$3.70) to AUD1 ($.074).

The Sydney Morning Herald reported that Victoria’s local councils have thrown their support behind the Alliance for Gambling Reform (AGR), a group at the forefront of the fight for gambling reform.

These councils reportedly poured hundreds of thousands of dollars into the group’s war chest, believing that slashing the maximum pokie bets will “significantly reduce rising levels of gambling harm” in the state.

AGR said the number of Victorian councils joining their group rose from 12 to 18 this year, as more metropolitan council mayors said they have enough pokies in their communities. So far, the group has collected more than AUD400,000 ($296,318), enough to sustain their anti-gambling campaign through FY2018-19.

The anti-gambling campaign include calls for rules restricting pokies venues’ trading hours, since there are gambling halls that are open for up to 20 hours a day, as well as reducing the maximum ATM cash withdrawal allowed in pokies venues from AUD500 ($370.40) to AUD200 ($148.16) a day.

The Victorian Greens party also came out against pokies with guns blazing, saying that reducing the maximum bet to AUD1 was long overdue. They blamed Victorian Premier Daniel Andrews for the state’s pokies problems.

“The Andrews government’s complete lack of will to put people ahead of gambling profits means local councils have no choice but to take their own action,” Greens leader Samantha Ratnam said, according to the news outlet. “It’s no wonder these councils are fed up with the inaction from their state government.”

The Andrews government denied that it wasn’t doing anything to shield its residents from pokies. It pointed out that the state pioneered the implementation of the AUD5 maximum pokies bet, the lowest in Australia.

In addition, Gaming Minister Marlene Kairouz pointed out that the state introduced several reforms to address problem gambling, including a statewide voluntary pre-commitment program for pokies players in 2015.

Pokies losses per adult dropped 18 percent in the past 10 years under the Premier’s watch, according to Kairouz.