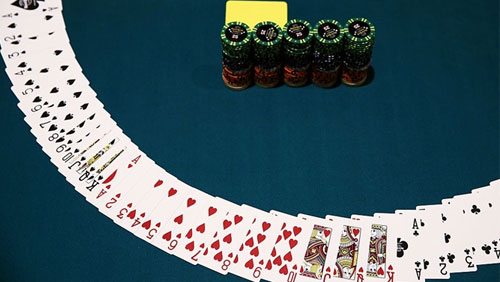 The Spartan Poker wrapped up its latest Millionaire tournament last Sunday. The event was part of the portal’s India Online Poker Championship (IOPC) and resulted in a huge success, awarding several impressive cash prizes. This year’s IOPC began on July 13 and ran until July 22, offering more than 55 tournaments.

With a buy-in of just 7,700 rupees (around US$112), there was plenty of participation for a chance at winning a piece of the 1 crore (about US$146,048) prize pool. By the time things wound down, Nikhil Ramesh was the last player standing out of the original 1,298 and pocketed 25 lakh (US$36,513). The win came only a few days after Ramesh won another event of the series—Ramesh is only the second person to win two IOPC titles this year. He beat out Hemanth Motepalli in the final heads-up action to take the win, with Motepalli receiving 15 lakhs (US$21,904) for his runner-up finish.

After claiming the victory, Ramesh said, “The journey was tremendously tiring but very rewarding. I ran good, stuck to the charts, tried not to flip often and played good poker. I had a decent chip stack going into the final 4 and figured I could easily win from there. I was so wrong about this and had to play for the next 2-3 hours to finally ship it. I didn’t have high hopes and just concentrated on my game.”

Spartan Poker co-founder Amin Rozani said, “The India Online Poker Championship’s special edition Millionaire tournament is the highest prize-pool activity among our offerings, and seeing such a high participation is always encouraging for us. We are glad to offer our players more such opportunities to become Millionaires overnight.”

Because of the substantial turnout, the top 120 players finished in the money. The lowest cash prize was 20,000 rupees, or about US$292.

Founded in 2014, The Spartan Poker offers a variety of poker tournaments and cash games.