Worldpay is predicting a “Wager Wednesday” as England clash with Croatia tomorrow evening. 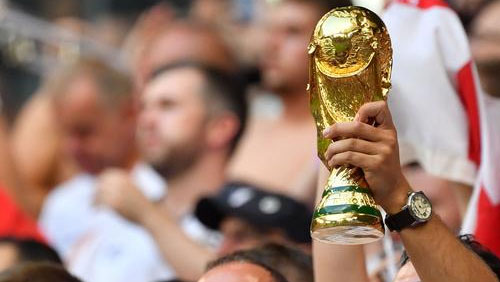 An analysis of consumer spending from Worldpay has revealed that England’s World Cup winning streak has sent Britain into a betting frenzy, as confidence grows in Gareth Southgate’s boys. Worldpay is predicting an even bigger surge on Wednesday night, as England take on Croatia in their first World Cup semi-final since 1990.

• Football fans bet big on England’s clash with Colombia. Online betting volumes surged by 29% ahead of the game, compared to the previous Tuesday, while the value of bets increased by 38% – suggesting that fans are putting their money where their mouths are.
• Betting peaked just one minute before the start of the game, with secondary spikes occurring at the end of the 90 minutes, and just before the penalty shootout.
• Gambling before England vs. Sweden peaked on Friday 6th June, with online betting volumes up by 24% week-on-week. Fans were likely getting their bets in early, with the other quarter-final matches generating a lot of interest too.

Commenting on the data, Daniel Belda, VP Growth – Digital Content & Gambling at Worldpay said: “It’s been a huge week for Britain’s bookmakers, with England’s good form sparking a flutter frenzy on everything from the Golden Boot to golden goals. As the nation packs into pubs to roar on the Three Lions during the team’s biggest match in nearly 30 years, we are expecting mobile betting to soar, with fans taking a punt from the comfort of their bar stool or beer garden. Bookies should therefore be prepared for the flurry of last-minute wagers before the start of the match, and at the end of the 90 minutes if the game goes to extra time.”