Home / Business / The Mouthpiece: Booby trap for US sports betting? 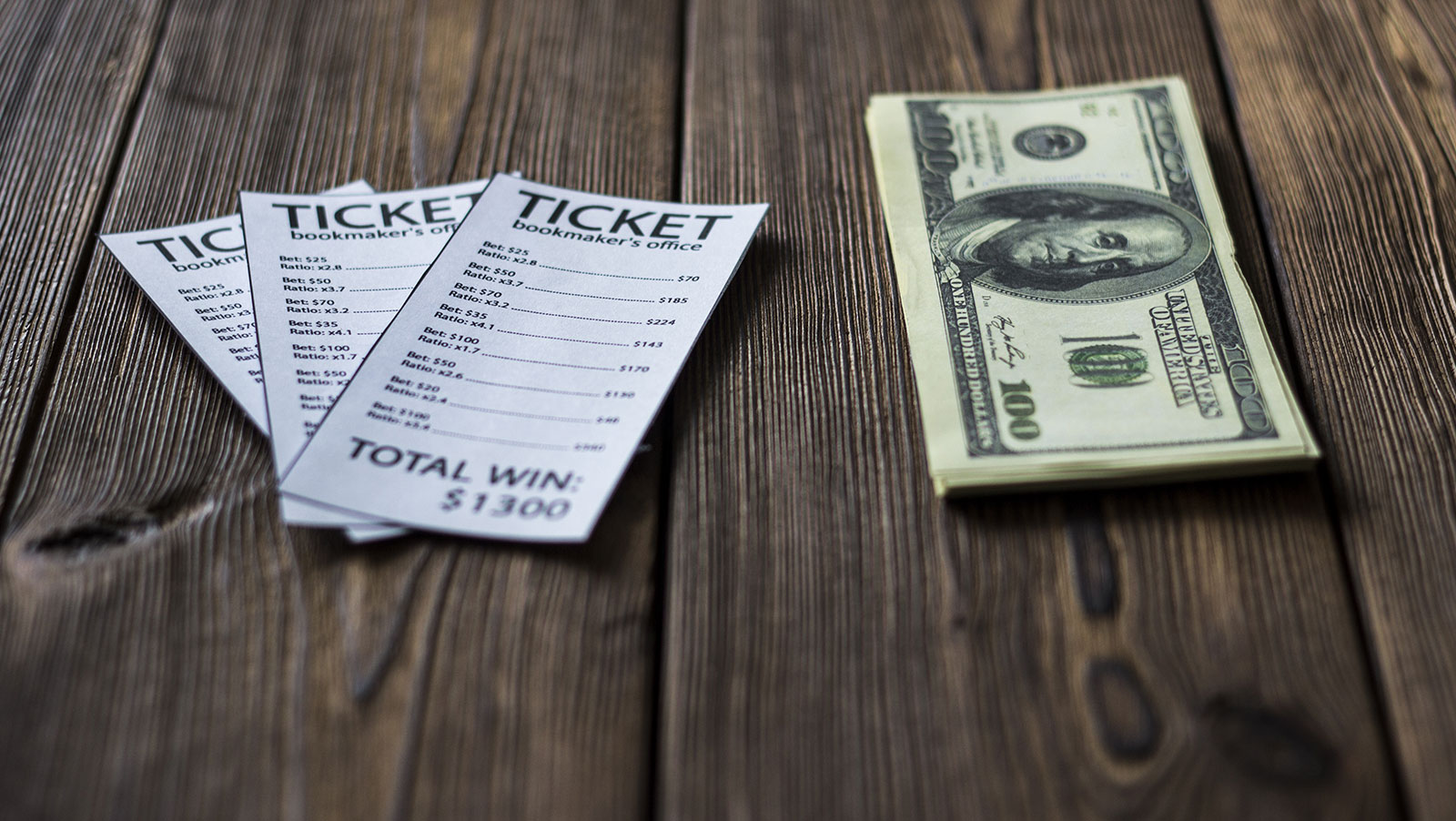 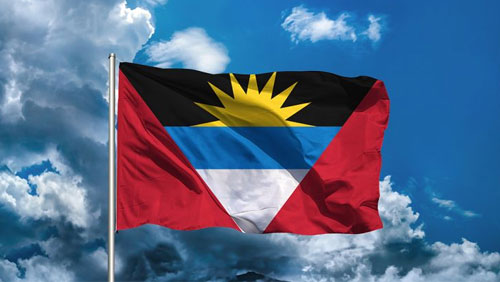 But an obscure judgment in an international court of arbitration may have already overturned that assumption. The case of Antigua V. U.S. dates from 2005. The case was about whether the United States gambling market should be open to participation by other countries. The USA lost both the original case and the appeal. The United States’ further refusal to cooperate and execute the judgment led to an award of sanctions against American copyright, trademark, and other intellectual property interests. These have yet to be actually applied, but that could change at any time.

So how did we wind up here?

The case of Antigua v U.S. was heard before the World Trade Organization, a body which many Americans have never heard of, and even fewer understand.

The WTO was established in 1995, as an international organization whose main goal is to promote open and free trade throughout the world. WTO was the successor to a series of trade agreements known as the General Agreements On Trade and Tariffs (GATT), under the auspices of the United Nations. The GATT treaties  and the WTO  serve as forum between nations, promoting multilateral trade agreements and the easing of tariffs and trade regulations between members. It also serves as an arbitration board when trade disputes pop up between members. 159 nations are now members, with another 24 applying to get in. All members agree to be bound by the terms of the trade treaties and WTO. As a practical matter, however, WTO, like the UN depends on the goodwill of its members for enforcement of its agreed on policies.

All very nice,  but what’s that got to do with American gambling?

The lowering of trade barriers did not only involve commodities and manufactured goods. Under the 1994 GATS treaty (General Agreement on Trade in Services, also known as the Marrakesh agreement) it also covers services, such as repairmen, electricians, even professions like accounting, medicine or law, provided the professionals of one member country are allowed an equal chance to get registered and licensed in another.

And among the services listed under the Marrakesh Agreement was gambling. It fit under a catch-all classification, “other recreational services”.

Member nations can list certain services as exceptions. If the service in question poses a genuine threat to fundamental national interests: health and safety, the environment, public morals and order- in that case the member country may list that service as an exception, that is, not covered by the agreement.

But there was a catch: the member nation had to specify its exceptions at the time of signing. The United States could have listed “gambling” as an exception. At least one other member state, the tiny African nation of Senegal, did list gambling as an exception. But Uncle Sam did not. This was going to be critical in the time ahead.

As everyone knows, Internet gambling became a workable reality in about 1995. Its growth was truly explosive. Nobody had laws on their books directly addressing Internet gambling. On the other hand, it was obviously a bad idea to set up an Internet gambling operation in a country where the home authorities disapproved.

And this left an opening for small nations such as Antigua. The Republic of Antigua and Barbuda (its full name) consists of two Caribbean islands. Its total landmass could fit inside New York City’s Central Park. It has few natural resources. But it was also one of those places noted for loose supervision of foreign investors, very tight banking secrecy laws, and full status as a sovereign nation.

In 1994, Antigua allowed online gambling businesses to operate from the islands. It charged few taxes, and did issue official licenses, complete with background checks software testing, anti-money laundering provisions, and so on. Internet gambling became a primary source of income. But in America, I gaming’s biggest market, the administration of George W. Bush was fiercely against Internet gambling, and instituted a series of measures designed to suppress it.

At the same time, other nations were waking up to the possibilities of I gaming, such as Costa Rica and Belize. Their taxes were even lower, and their supervision even looser. And so between competition and attempted suppression, Antigua’s share of the I gaming pie begin to shrink. And in 2003 they requested consultation with the US, alleging that US laws against Internet gambling amounted to a violation of GATS. Initial negotiations went nowhere; whereupon Antigua submitted a formal complaint, asking for WTO arbitration.

Antigua’s complaint was that US state and federal gambling laws violated the Marrakesh agreement because Antigua’s gambling and betting services were denied equal access to the US gaming market. Antigua suffered damages thereby, and was owed compensation by the USA.

The American position was that Antigua had, first, misstated the terms of the treaty, second, had failed to state a prima facie case because the claim did not identify any particular law or ruling as causing damage to anyone. Or how, or who, or when, or under what circumstances and third., gambling was still held to a social problem and minor crime, so that the USA had every right to treat it as an exception.

The WTO’s initial ruling was that the US was in fact obliged by the treaty to grant full market access, including gambling and betting services. Also its laws, especially the Wire Act, the Illegal Gambling Business Act, and the Travel Act, constituted restrictive measures contrary to treaty obligations.

The US, of course appealed. The appeal held that the US laws were mostly right: protecting important societal interests, including health and life. BUT- Internet based pari-mutuel horse betting services should be opened up. This is because a number of US states already licensed commercial Internet services such as TVG and YouBet! to take bets from all across the USA and abroad and according to the treaty, access had to be both ways.

And that would have been an easy fix. All that Congress needed to do was change the Interstate Horse racing Act to cover foreign OTB operations as well. And why not? After all, US services were betting on foreign horse races in Hong Kong, Europe, and Australia.

But the Bush administration chose to see this as a matter of national sovereignty (and hated Wicked Gambling anyway). So America responded to the appeals decision by saying, in effect, that they had been right all along, and still were, and so needed to do nothing. It was a complicated, verbose variation on the time-honored one finger salute.

All this dragged on until 2006.At that time Antigua invoked a clause under the Marrakesh Agreement which allowed it to ignore US registered patents, trademarks, industrial designs, and trade secrets up to a value of $3.4 billion.

Worse, the delay in listing “gambling” as an exception turned costly. A member country’s list of exceptions could be changed- but only at a big price. Under the WTO, when one country arbitrarily and unilaterally changes its treaty commitments, every other member who feels they have been, or will be harmed by that mode may apply for compensation. The European Union alone floated a figure of $100 billion. Additional compensatory claims were submitted by Japan, India, China, Australia, Canada and Costa  Rica. And Antigua more than doubled its charges, to $7 billion.

Eventually, damages were negotiated down to $21 million per year, to be paid indefinitely, to Antigua only. But to date, no money at all has been paid.

In the middle of all the back-and-forth of settling the settlement negotiations, reality made an unexpected appearance. On September 5th, 2017

, Hurricane Irma hit the island nation as a Force Five concentrated cyclone. Homes, businesses, and infrastructure on the island of Antigua were massively damaged. The island of Barbuda was simply flattened, made uninhabitable for the first time since Columbus landed.

Rebuilding costs were estimated at $200 million plus, far beyond Antigua’s ability to pay. And so it came down to basics. The WTO is a worthy organization, but it doesn’t send ships and planes with relief supplies and medicine. It doesn’t write checks for a reconstruction program. The United States does all of these noble and generous (and very necessary) things. But it’s probably best not to dredge up old quarrels while they’re doing it.

And there the matter rests, unresolved. Whether Antigua will once again be so self-assured as to revive its WTO claim, or whether the other member nations who submitted auxiliary claims, might choose to make principal cases of their own, remains to be seen.

But the right of Antigua, and other WTO member nations, to continue or initiate complaints of their own against still stands. And since the format adopted by state licensed sports betting in the USA will in all probability be the Vegas model, rather than pari-mutuel, Antigua and other interested nations will once again be on the same page with the US as far as gambling formats.

If the American market in sports betting turns out to be as big as it is predicted, we may hear from the WTO again. There are still dollars on the table.