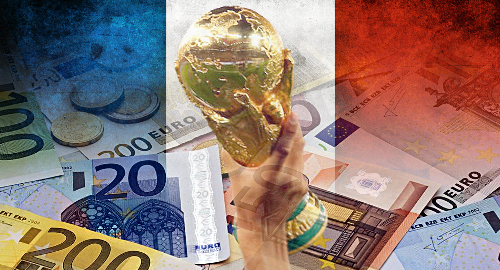 France’s sports bettors are setting new wagering records on the 2018 FIFA World Cup, and the tournament is nowhere near over.

(Incidentally, the French government is in the process of privatizing its 72% stake in FDJ’s lottery and betting operations, which can be yours for the low, low price of roughly €3b, although certain conditions apply. Call your local legislative office, ask for Emmanuel.)

The French regulator recently released its 2017-18 annual report, in which Arjel president Charles Coppolani offered his support for the government’s efforts to unify the country’s gambling regulatory structure under a single authority. Coppolani said a single regulator was needed to respond with the proper speed to address a rapidly shifting gambling environment and to impose the necesssary consumer protections.