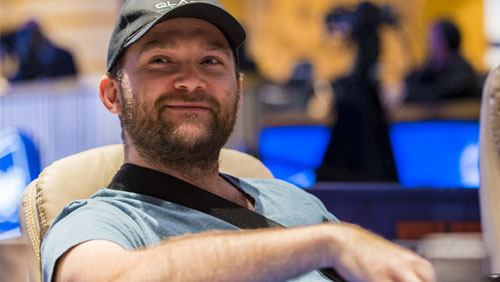 Ukraine-born poker pro Eugene Katchalov had a successful run at the tables. He racked up over $9.2 million in live-tournament action before slowly fading out of the limelight. He has still

participated in tournaments, but not as often as before. His last cash at a tournament was in the WSOPE NLHE High Roller for One Drop last November, where he made it to 13th place before being eliminated. He now showed up in Vegas for the WSOP Crazy Eights tournament, but struck out before making it to the money. His departure from the felt hasn’t come from boredom, but, rather, an interest in another competitive activity—eSports.

The WSOP bracelet winner and WPT champion has taken a vested interest in eSports, an industry he sees as the future for online competitors. In a Twitter post, he promoted a blog about his activity, saying, “I wrote a short blog about my Poker career and what I’m up to today. Thanks for checking it out!” He also posted a link to the blog, which was published on Twitter and can be found here.

Katchalov, who has always been a fan of video games, talked to Poker News after being sent to the rail in the Crazy Eights tournament and shared some of his insight. He said that he started to take eSports more seriously about four years ago after becoming good friends with fellow poker pro and eGamer Luca Pagano. Katchalov sees a lot of similarities between eGames and poker, stating, “Especially in terms of competitions and psychology, you can see it on how the kids approach the game in terms of being a poker pro.”

The two competitors began attending more eSports events, including one in Vegas that centered around the game League of Legends. Katchalov said of the event, “There was just so many people and energy in the crowd, even more than what you see in regular sports.”

After seeing the energy and enthusiasm, Katchalov and Pagano launched an eSports endeavor, QLASH. QLASH has three key components—competition, the streaming content created by users and the creation of different tournaments and events. Katchalov explained, “We put together cool tournaments; we have the biggest gaming house in Europe located in Treviso, Italy where we hold boot camps, media production and events.”

He also added, “To combine all these verticals, and interact with them and create a benefit for the community, that’s the overall goal: to show a new way to engage with the community with cool ideas taking the experience from poker to this new industry.”

Most recently, QLASH created an online competition for players of Clash Royale that spanned three months. Of the event, Katchalov said, “The final was held in our gaming house and we streamed it in seven different languages and had two very famous teams that went heads-up.”

With everything going on in QLASH, Katchalov said that he doesn’t have as much time to play the game that made him a millionaire. However, he said that he still loves the game but prefers to focus more on the new endeavor. “Last time I played poker was in the winter in Prague, and this year I wanted to come to play the Main Event to not get completely lost from the poker world. I just feel like my poker skills for the past 15 years could be better served in a different industry. I love trying to build something new in a growing industry that nobody knows where is going to be, but it’s going to be massive,” he explained.

Katchalov sees a bright future for eSports. It already enjoys revenue of close to a billion dollars, and is expected to grow exponentially over the next several years. He said of the industry, “As kids these days grow, they’re going to continue being fans of these games, so I feel like it’s the future for sure.”