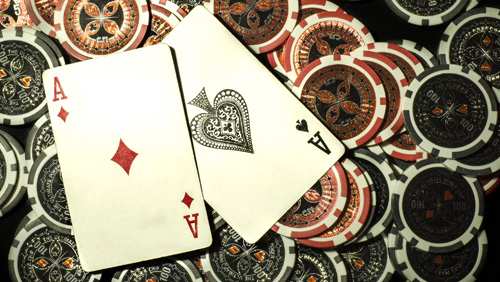 Tax officers swooped down on a hundred gambling facilities across Slovakia, sealing and confiscating machines during the two-day illegal gambling bust.

The raids, which were carried out on June 28 and 29, were the biggest action since the new gambling law took effect earlier this year, according to The Slovak Spectator.

Authorities reportedly confiscated five so-called quiz machines and sealed 75 other gambling units during the simultaneous raids, then conducted a test run on the machines to determine whether they were used for gambling. Tax officers also seized the 2017 and 2018 accounting books of four companies believed to be operating the quiz machines for gambling.

Ľudovít Makó, chief of the Financial Administration’s criminal department, was quoted by the news outlet saying, “In some facilities the gambling machine was turned off during the investigation, while in the others there were missing internet connections and power supplies.”

There are at least 800 quiz machines across Slovakia, which are mostly registered in the Bratislava, Trnava and Žilina regions. Most of these machines reportedly have servers located outside the country.

The raid stemmed from a tip given to the Financial Administration that several quiz machines—which require players to answer simple questions—are being used as a form of gambling by multiple operators. Players under 18 years old were able to access these quiz machines, according to Makó.

The quiz machines and sealed gambling units were brought to the Technical Testing Institute for examination. If authorities proved that the quiz machines were used for gambling, the Financial Administration said they would slap quiz machine operators and facility owners with hefty fines.

Taxmen are also scrutinizing the operators’ financial documents to determine whether they had been paying the right taxes.

Records from Slovakia’s Association of Entertainment and Gambling showed a significant increase in the number of fines collected from erring gambling operators last year compared to 2016. The Slovak government reportedly issued a total of 210 fines worth €378,660 ($441,606) in 2017 compared with just 47 fines in 2016.