29 June 2018, London, UK – BetterBetting, a Blockchain-based, decentralised peer-to-peer sports betting system, has soft launched their World Cup 2018 betting app. This unique system, released in time for the World Cup on 14th June, provides a mechanism for two parties to bet with one another on the blockchain with secure contracts. 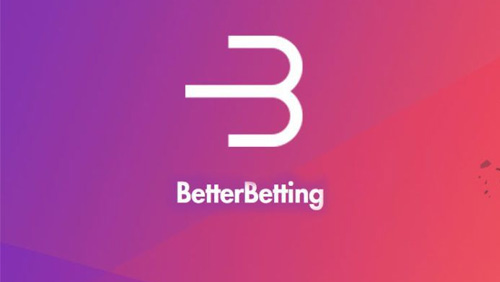 Ethereum contracts are key to the system as they escrow funds from both parties and hold them until settlement. All bets are placed and settled using the BETR token, released in an initial token offering and currently trading and available for purchase on major exchanges such as HitBTC, Bancor, IDEX, Etherdelta, Bisq and Waves.

“The World Cup is a great event to test our first release. We have had a very positive response and look forward to increased usage over the coming weeks. The team has worked incredibly hard to produce this technology in the time scale we set post our successful ICO. Further releases will feature improved user interfaces, functionality and user experience. They will include main football leagues in time for the 2018/19 season, including the English Premier League, Spanish Primera Liga and the German Bundesliga. We intend to add sports in accordance with user feedback and demand so there may well be additional sports even before the European football season starts.” CEO Adriaan Brink commented

BetterBetting have deployed several products to facilitate this Blockchain betting: The first instance of a BetterBetting Node (BBN) which manages the dissemination of odds and provides APIs to power independent user apps, a BETR Wallet to make it easy to store and use BETR tokens and an Android App that uses the BBN APIs and exposes an easy-to-use odds selection interface.

The multi-user BBN allows anyone to create an account on the BBN and lay bets. Ultimately there will be many of these BBN’s, all communicating with one another.  The first BBN was created specifically for the World Cup and can be found at https://betr2018.io. Users can lay bets on all the World Cup games with an extensive set of markets to choose from. All markets are available with reference pricing which is derived in real time from bookmakers. Users can tweak their odds pricing above or below the market in order to offer bets with lower or higher margin.

The Android app can be downloaded at the Google Play Store here.  It was created by a 3rd party app developer and enabled Better Betting to test the APIs. A web app will be available in the very near future followed by other versions.  The BETR wallet is a standard ether wallet that holds a bettor’s funds and exposes the API that provides seamless signing and execution of Ethereum contract calls against the user’s account.  This provides a better in-app experience for any contract execution not limited to interactions with the BETR token. The odds apps have no access to wallet information or funds.

“This is the first release and was produced in record time after the ICO. It is only the start and there are many iterations and improvements to come as the product is expanded and becomes more mainstream in functionality. We have a great team behind us and we are confident the success of this project will continue” said CEO Adriaan Brink