Nasdaq-listed electric car manufacturer Tesla, Inc. will again lean on Nevada casinos to deliver some profit for the company this year, according to reports. 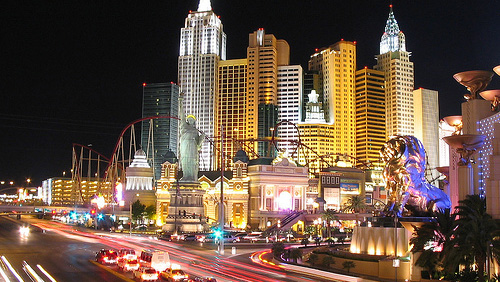 Several weeks ago, Tesla CEO Elon Musk teased investors that it looked like the company will become profitable again later this year, despite the fact that the vehicle manufacturer had been racking up multi-billion losses.

According to The Los Angeles Times, part of Tesla’s profit may come from sales of tax credits to Las Vegas casinos such as the MGM Grand. Tesla has been reportedly doing this for about three years now to boost its bottom line, thanks to the incentives given to the company by the state of Nevada.

Previously, Nevada convinced Tesla to put up its lithium-ion battery Gigafactory outside Reno in exchange for $1.3 billion in incentives—which includes tax exemptions for 10 to 20 years and some $195 million in transferable tax credits.

The multi-million tax credit looks useless unless Tesla sells it to other companies. That’s why Tesla has been selling this tax credit to Las Vegas casinos at a discount since 2015. Proceeds from tax credit sale were used to either temper Tesla’s losses or boost its profits, according to the report.

Casino operators buy Tesla’s tax credits in order to cut the gambling taxes they pay to the state. It was estimated that Tesla disposed of $131 million in credits to casinos, while, at the same time, racked up some $163 million credits from the state as the demand for Tesla credits increases.

CFRA stock analyst pointed out that Tesla’s casino cash “can technically push them over the limit” for a quarterly profit.

At present, MGM is the only known client of Tesla for the transferable tax credits. The Las Vegas Review Journal and ThisIsReno news sites earlier reported that MGM paid Tesla $20 million for those credits.

Tesla have reportedly kept the sale under wraps despite the fact that all the transaction information is readily available in state records. The car company also remained mum on how much credit it applied for in any given quarter based on its U.S. Securities and Exchange Commission (SEC) filings.

Reacting to the report, a Tesla spokesman insisted that the Nevada credit sales “will not have even a close to material impact on our profitability.”

“Tesla only receives these incentives if it performs, as they are tied to Tesla spending a minimum of $3.5 billion and creating thousands of jobs, which is precisely what we are doing. If Tesla executes, both Nevada and Tesla share the upside, and if it does not, only Tesla suffers the downside,” the company spokesman said, according to the news outlet.