Looking back at the 2018 GiH Conference

The 7th annual Gaming in Holland Conference concluded yesterday in sunny Amsterdam. We had some big news and some big names.

In this newsletter, we will highlight some of most notable sessions, as well as the festive Responsibility in Gaming Awards Dinner, celebrating responsibility in Dutch gaming. 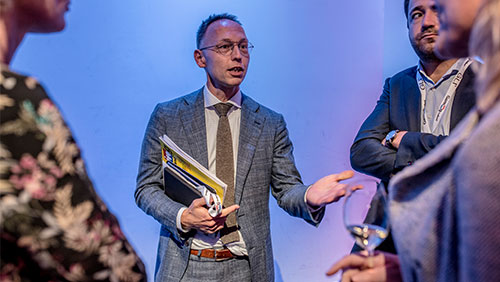 As the first day of the Gaming in Holland Conference was drawing to a close, Ministry of Justice and Security official Dennis van Breemen announced that Minister for Legal Protection, Sander Dekker, had sent a letter to the Dutch Lower House clarifying the additional conditions for future licensees that had been agreed in last year’s coalition agreement.

Specifically, Dekker’s letter addressed the coalition agreement’s requirement for online licensees to establish some form of physical presence in the Netherlands. Referring to a recent decision of the Court of Justice of the European Union, Dekker said that only online licensees without a presence in the EU or European Economic Area could be obligated to open an establishment in the Netherlands.

All online licensees, however, even those already established in the EU/EEA, will need to appoint a local representative in the field of addiction prevention.

The Dekker’s proposals also include measures to erect greater barriers between (social) gaming and gambling.

As the Ministry letter obviously represents the official government position, the main roadblock to further legislative progress in the Senate, where the current government coalition commands a majority, has now been removed.

While it is clear that the legislative process will resume in short order, unforeseen obstacles could still emerge. “We’re back on track, but the Remote Gaming Bill hasn’t been enacted yet,” warned Rutger-Jan Hebben of Dutch industry association Speel Verantwoord. “Maybe the remote market will now open in a year, but it could also take three.”

This year, for the very first time and in close cooperation with a wide range industry stakeholders, Gaming in Holland introduced the Responsibility in Gaming Awards, celebrating excellency and responsibility in the licensed Dutch gaming industry. 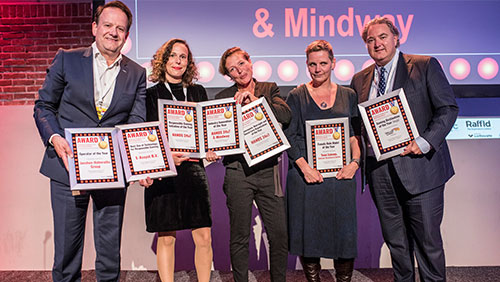 During the Responsibility in Gaming Awards Dinner, a charity raffle was held for the benefit of Fonds Gehandicaptensport, a charitable foundation for handicapped sports.

The grand prize of the Raffle was an autographed Lionel Messi jersey:

In her keynote speech, Marja Appelman, CEO of the Netherlands Gaming Authority, stressed the importance of innovation, in particular in the land-based sector, in order to keep players away from unlicensed offerings.

“I invite the entrepreneurs among you to innovate. Look for opportunities within existing rules and regulations to innovate and get results. The Netherlands Gaming Authority finds it important that licensees are able to offer attractive gambling possibilities, right now,” Appelman said.

According to Appelman, there is room to do so, while still keeping within the boundaries of even outdated rules and regulations.

“Look for new possibilities within the restrictions of current laws and regulations,” Appelman told her audience, promising that the Netherlands Gaming Authority “will accommodate this process.” 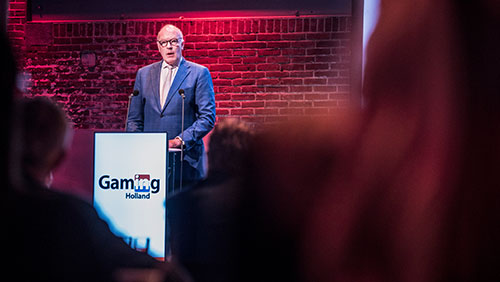 The CEOs of the Netherlands’ leading gaming companies, Holland Casino and Nederlandse Loterij, both spoke at the 2018 GiH Conference.

Holland Casino CEO Erwin van Lambaart discussed his company’s long-term strategy. In the coming years, the casino operator will specifically target the 25-36 age cohort, for instance with a soon-to-open “Millennial Zone” in Holland Casino Utrecht, as well as with an even greater focus on Food & Beverage. “Food  & Beverage will become even more important than before, especially when remote gaming will be legalized,” Van Lambaart said.

Van Lambaart also said that the gaming sector should take the lead in responsible gaming; and called on the Netherlands Gaming Authority to apply existing rules in a fair and consistent manner.

The current prohibition on remote gaming should thus be more strictly enforced, Van Lambaart argued. Operators who do not withdraw immediately from the Dutch online market, should be excluded from obtaining remote licenses once the market opens.

Nederlandse Loterij CEO Niels Onkenhout agreed: “I believe that unlicensed operators should withdraw from the market right now, or be blocked from operating in the future regulated online market for at least five years.”

“In order to protect consumers, the Remote Gaming Bill must be enacted as quickly as possible,” Onkenhout added. “The letter sent by Minister Dekker is an important step in the right direction, but we must move far more quickly.”

Onkenhout also said that once the Remote Gaming Bill is enacted, Nederlandse Loterij expects to receive a remote license “with priority.” 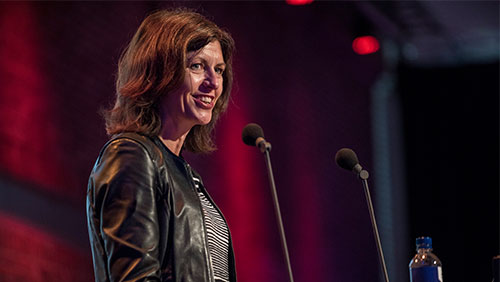 Jeffrey Kruk, Research Director at media agency Wavemaker, shared the results of a study on the strength and vitality of gaming brands in the Netherlands. With the exception of Staatsloterij and Postcode Loterij, most gaming brands are relatively unknown and lack relevance to most consumers.

Surprisingly, 52% and 38% of Dutch consumers, respectively, are aware of the Unibet and PokerStars brands, despite being unlicensed in the Netherlands. Both brands, moreover, are perceived as offering something completely new and potentially relevant to consumers. These brands are thus well-positioned for strong growth:

See You Next Year?

While the last year has been rather quiet for the Dutch gaming industry, it now appears that we are moving forward again. The last details of the Remote Gaming Bill and its accompanying secondary legislation might soon be finalized, allowing the political process to continue at last.

Even now, other reforms are already on the agenda: the privatization of Holland Casino, a further restructuring of the Dutch lottery system, and, finally, a new regulatory framework for the arcade hall sector.

In the mean time, Gaming in Holland continues to build the infrastructure for the industry to meet, to network, and to stay informed. And also, of course, to celebrate its achievements.