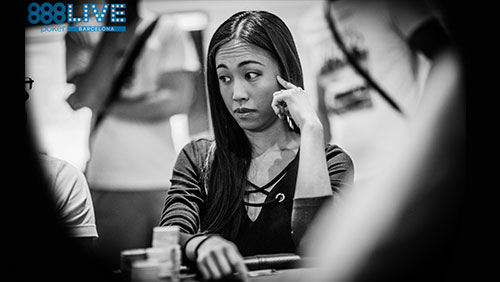 More coverage from 888Live Barcelona as Lee Davy sits down with Twitch streamer Courtney Gee, to uncover why she is in Barcelona, how she built such a loving tribe, and how she keeps providing them with value.

I did some digging.

Now, I’m not the best researcher in the world, meaning I am a lazy bar steward. I prefer to make shit up than to dance with Google, but when it came to my 15-minute waltz with Gee, I knew I had some footwork to do.

So in I dived.

I learned that Gee was a successful Twitch Streamer from Canada who had built up an impressive tribe of fans (31.5k followers to be exact) going by the pseudonym Courtie Bee. She had appeared on the PokerStars Big Game after her audition video charmed the pants off the Red Spade hierarchy.

Gee would square off against Daniel Negreanu, Phil Laak, Bryn Kenney, Randy Lew and Rick Salomon (a man who has recorded a few audition tapes of his own), losing a particularly cruel pot to Salomon when his pocket tens cracked her pocket jacks in a $100k pre-flop pot.

A former heads-up hyper-turbo player, Gee turned to streaming after suffering a bout of lupus that resulted in her losing her lust for the game. Today, you can find her streaming online four days per week; only I can’t see her anywhere.

Gee promised me an interview at the break of Day 3 in the 888Live Barcelona Main Event. Back then she had heaps. Now, there is nothing but an imprint of her butt in the chair.

I notice you don’t play a lot of live poker, Courtney.


“This is my first tournament since the 2016 World Series. I didn’t even go to Vegas last year.”

Does the exit wound still hurt as much as you remember it?

“Since I don’t play live a lot – this is my first Day 3 ever – the way that I busted out is pretty disappointing because I had a big stack at the beginning of the day. So it’s sad. Very sad.”

“I have worked with 888 a lot, and they have supported my stream. They invited me out here, and I was excited to come and see a cool city and play a game I love.”

Do you interact your live stream with your live play or do things go on hold until you finish playing?

“I try to update my followers as much as possible on Instagram, a little bit on Twitter and Facebook. Instagram is where I try to keep connected with my viewers when I am not there, but for the most part, the stream is off for a few weeks. It’s one of the reasons I don’t travel a lot to play poker. My stream is important to me and I don’t want to leave it too long.”

Every stream begins with one viewer, can you remember that time?

“I have my first stream up on YouTube and watching it is painful. It’s funny to see the progression in the way that I talked and played poker. You cringe when you see how you used to play hands back in the day. I do remember, and I am glad to be here two years on, not awkwardly trying to figure things out.” 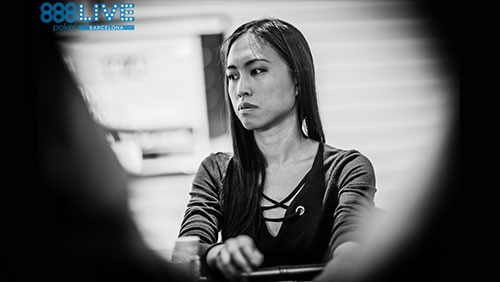 Were you conscious of the importance of brand building back then or did you dive in and start streaming?


“At the time, I was playing heads-up Sit n Go’s for a living and wasn’t enjoying it. It was hard to get onto the computer and put in the hours. It was a huge problem for me because I didn’t want to play poker. I had a friend who had started streaming, and it looked fun. I decided to do it, to try something different. I did my best to approach it professionally with the right equipment, but it started slow, and it grew gradually.”

What was it about Courtney Gee that resulted in you being able to build a tribe?


“Honestly, unless you’re a superstar like Lex {Veldhuis} or Tonka {Parker Talbot} it’s a grind. There is nothing that special about me. I am female, and there are fewer of us so that will attract some people. In the main it’s hours. You have to be consistent, and if you’re not horrible at it, you will get some fans. All of the big streamers out there will grow a tribe because they have what it takes. But that doesn’t mean it’s not possible for someone else to do it too.”

Tonka was telling me that to be a top streamer you either need to be a great performer, a great player or both – which area are you working on?

“People like to see you win tournaments, so I have made an effort to make sure I am +EV in the games I play. I have no desire to be a nosebleed player. Otherwise, I wouldn’t be streaming. I couldn’t personally do them both at the same time. But it’s important for me to make money while I stream and also make final tables for my viewers. So it’s a balancing act between making sure I am staying +EV at poker and providing entertainment and connecting with my customers. The reason I keep playing poker and streaming is that I love my viewers; the community I have grown is so important to me.”

Did you take an active role receiving coaching or reading books to improve as a performer?

“As you saw in my first VLOG I wasn’t as good at speaking back then as I am today. I didn’t take a training course or get coaching. I am sure that’s a great idea for anyone inspiring to do this. For me, it began as something fun and turned into something that I could do for a living, and that’s super cool. But I didn’t set out with the intention of making money. Most people who have expectations of streaming should not be expecting to make money.”

So you’re thinking more about providing value for your current tribe, and not becoming the next Tonka?

“Yes. It’s important to understand that not everyone is Tonka. He’s the next level, in his own tier. Having that expectation will put pressure on you, and then you’re not having fun. Your viewers will tell, and that’s not the way you want to be.”

I believe you were ill with Lupus.

“That was five years ago.” 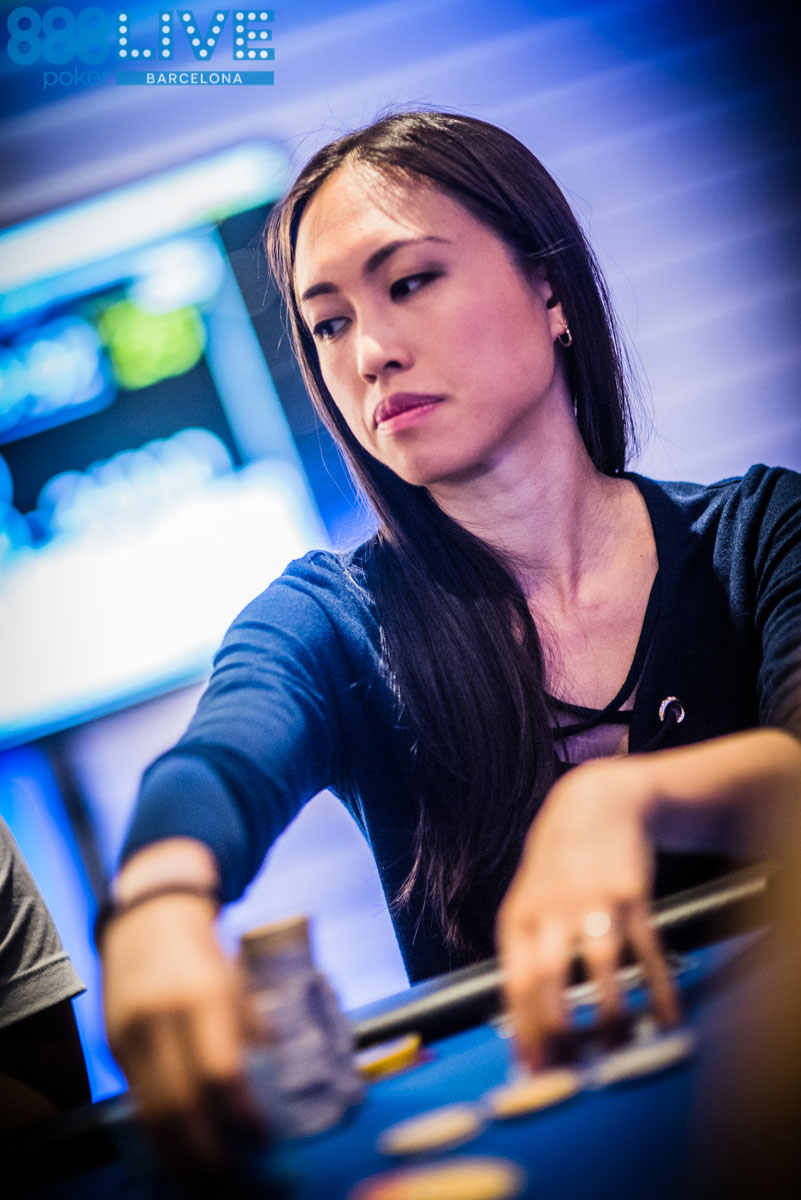 Were you still streaming at that time?

“It was before I began streaming. It was one of the reasons I wasn’t into HU Sit n Go’s anymore. I was off for a few months when I was in the hospital, and I couldn’t work on my game. When I was playing, I was working on my game daily. So a few months off is tough. You’re coming back, and there was a lot of politics in that game at the time, so I didn’t want to deal with that, and that’s’ why I began streaming.”

How did it feel to be struck down like that?

“It affects everyone differently. I think a virus triggered it and it snowballed. When it was happening, I wanted to know what was going on with me and wanted to recover.”

What did you learn from that time?

“To lead a much healthier lifestyle. I take care of myself much more. I was in my 20s not sleeping that much, eating horribly and generally living an unhealthy lifestyle. Getting sick was a wake-up call. Staying healthy to reduce the likelihood of being sick is now one of my main priorities.”

Can you give prospective Twitchers some tips aside from not starting!

“I would never tell anyone not to do it. It’s fun. The connections you make are amazing. The important tip is to be consistent. If you’re not there on a regular basis, you have to let your viewers know when you will be there. I don’t stream as much as other people stream. You need to understand your capabilities. When I began, I started streaming for six days, then five days, and I reduced it to four days. You have to be honest with yourself. It’s great to stream daily because you will be more successful but it’s important to be in the game for the long run so you can’t burn out. If you are off your stream for a month you lose so much momentum. It’s why I don’t like being away from my stream. I am one of the smaller streamers, I can’t afford to be away for too long. Have fun. Have thick skin. People won’t like you. They will say you are horrible at poker. You can’t please everyone. I used to try and please everyone. You can’t do that. Don’t worry when people say they hate you.”

“Poker by itself is a game that I will always play. It’s one of my favourite games ever. So simple and yet so complicated. Would I play it every day or every week if I wasn’t streaming? I am not sure about that. But the fact I love poker so much enables me to stream, so they are both very important to me in life.”