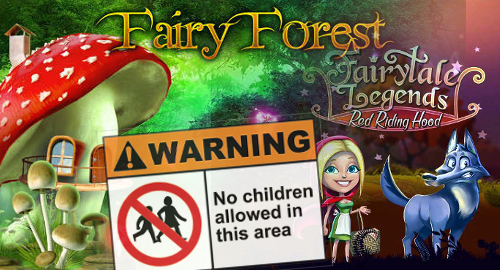 The UK’s advertising watchdog is keeping a tight leash on online gambling operators’ use of ‘kid-friendly’ game imagery.

On Tuesday, the UK’s Advertising Standards Authority upheld complaints against two online gambling operators whose games featured animated images of animals, fairies, dragons and Santa Claus that the Campaign for Fairer Gambling (CFG) claimed were “likely to be of particular appeal to children.”

Three of the offending game titles appeared in free-play ‘demo mode’ on Progress Play Ltd’s M88.com. Following the CFG complaint, M88 modified the games to remove the offending imagery and ensured that the games could only be played after customers logged in to their accounts.

The ASA welcomed M88’s moves while the investigation was ongoing, but ultimately concluded that the games – two of which were based on the Red Riding Hood and Hansel & Gretel fairy tales – were likely to be popular with children. The ASA also warned M88 to stop promoting the games on unrestricted portions of the website.

The second case involved a bunch of games on two TGP Europe Ltd sites, Fun88 and Letou, but TGP claimed to have removed the games in question before being notified of the complaints.

TGP also argued that the concept of appealing to children was “highly subjective.” TGP questioned whether their Secret Santa Online Slot was of particular appeal to children, given that Secret Santa is considered an adult concept. TGP also suggested their use of castles and dragons was legit adult content, given the popularity of TV series like Game of Thrones.

Tough noogies, said the ASA, which upheld six of the eight complaints against the TGP sites, while cutting TGP some slack on two Santa-themed titles that didn’t feature overtly kid-friendly images.

Last October, the ASA issued a joint letter along with the UK Gambling Commission and other watchdog groups warning online gambling operators to purge their websites of any kid-friendly content after the reliably alarmist UK media raised a ruckus.

The CFG made its reputation by accusing the fixed-odds betting terminals (FOBTs) in UK betting shops of contributing to the country’s moral decay. They won a major victory earlier this month when the UK government agreed to slash the maximum betting stake on FOBTs from £100 to just £2.

With the FOBT demon now slain, it was only a matter of time before the CFG turned its full attention to online gambling operators. Birds gotta fly, fish gotta swim, and scolds gotta scold. Mind your P’s and Q’s, folks.