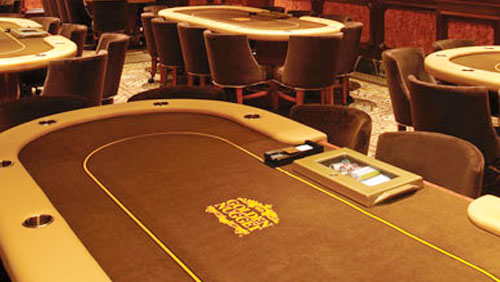 Las Vegas is always a popular summer destination for gamblers, and 2018 won’t be any different. This year, the Golden Nugget is putting up over $1.7 million in guarantees in events that will be sure to draw large fields. Eighty four tournaments are on the plate, running from May 29 through July 3.

The 2018 Golden Nugget Grand Poker Series (GPS) will offer a variety of options, including NLHE, mixed-game and non-hold’em tournaments. There will also be Omaha eight-or-better, Pot-Limit Omaha, HORSE, and no-limit deuce-to-seven single draw events, all designed to offer a wide-ranging selection to appeal to virtually everyone’s tastes.

The GPS has been growing in popularity each year. In 2015, 7,525 players descended on the Downtown Vegas casino for the series and in 2016 the field almost doubled to 14,137. In 2017, 23,968 players showed up to participate in a total of 57 different events. With the prize pool being increased for this summer’s action, the turnout should be even greater.

Additional tournaments include the “Bar Poker Open Invitational” from June 11-14, four Seniors tournaments (including a $1000 buy-in high roller event), a multitude of mixed-game events and two $250,000 guaranteed events on June 7-9 and June 21-23.

The highlight of the tournament will be the $570 buy-in NLHE main event, offering a $500,000 guarantee. It will run from June 28 through July 1 and offers three starting flights. If this year sees the turnout seen in previous years, the guarantee will certainly be increased. In 2016, there were 1,520 players, resulting in the prize pool building to $760,000. Last year, the player field exploded by 33% to 2,025, more than doubling the original prize pool to a little more than $1 million.

Players can reserve rooms at the Golden Nugget for as low as $29 per night during the week and $59 on the weekend, plus resorts fees.