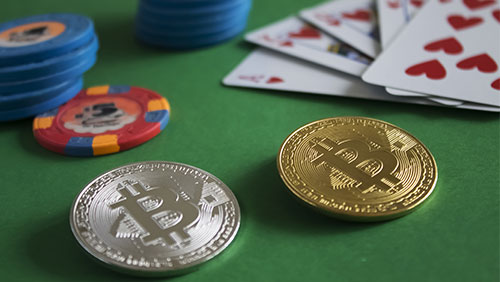 CoinPoker tries to put their security issues behind them by partnering with the Asian Poker Tour in a bid to amass more eyeballs in the Asian region.

Forget Clubbing Baby Seals Over The Head With Clubs – or whatever the name of one of the first Bitcoin online poker room was – the race to become the #1 cryptocurrency room in the world starts now.

CoinPoker and Virtue Poker are in pole position.

Scotty Nguyen has just driven Cryptonia onto the grid in a 1906 Pink Cadillac with Just Married painted into the rearview mirror, and a trail of empty beer cans going clink, clink, clink on the tarmac.

CoinPoker is first off the mark.

Launched in January 2018 with an Initial Coin Offering (ICO) and a dazzling promotion, CoinPoker promised to provide a partly decentralised online poker platform to the world.

Brian Rast and Dan Colman hopped into the front seats.

Then Phil Ivey told Rast to get into the boot.

But he still hadn’t put the key into the ignition.

Then Alex Weldon stuck his nose in CoinPoker’s business and discovered a security flaw in the dazzling promotion. CoinPoker opened the door and kicked a few naughty avatars out without applying the brakes.

Virtue Poker announced their plans to launch an ICO, and prepared to launch Beta and Alpha versions of their product to select markets. The key remains in Phil Ivey’s hand. The car remains on the grid.

Meanwhile, CoinPoker keeps on driving like Ultimate Poker (UP) did when they were first out of the blocks in the newly formed online poker market in Nevada. Back then, the World Series of Poker (WSOP) waited patiently on the grid. PokerStars joined much later.

As they continue to go speeding into the distance, the CoinPoker team will be hoping they have more gas than Team UP did.

Last week, I wrote about the savvy marketing skills of 888Poker and their strategy of improving the quality of their brand by partnering with the most trusted brands in poker.

CoinPoker has taken a leaf out of the 888 playbook (sort of).

The cryptocurrency fuelled online poker room is the new primary sponsor of the Asian Poker Tour (APT). The deal includes CoinPoker branding shown at all 2018 tour stops, and a range of online satellite qualifiers held on the CoinPoker site.

Two daily satellites will begin on April 13 culminating in at least ten seats into the HKD 11,000 buy-in (USD 1.4k) APT Macau Championships held at the Macau Billionaire Poker Club, Babylon Casino, Macau Apr 25 – May 6. The deal is the first modern day partnership between an online pok 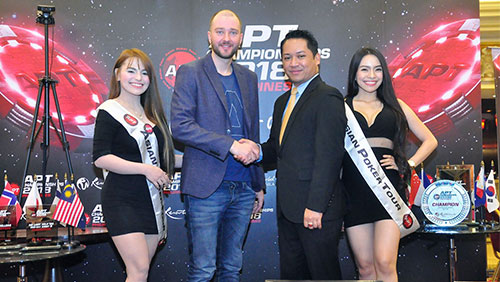 The APT and CoinPoker will pay visits to Korea, Vietnam and the Philippines before the APT Finale Macau Championships brings everything to a head Nov 27-Dec 8.

And as CoinPoker continue to drive down that lonely road, with Virtue Poker nothing more than a speck in the distance, there is a promise of even more partnerships in the future.

Has Ivey put the key in the ignition?