Home / Business / Andre Nazemi: Look for affiliates wanting to grow and get in the market 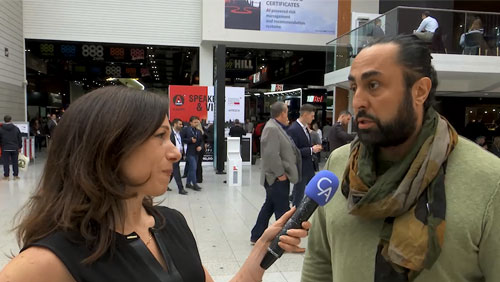 In this interview with CalvinAyre.com’s Becky Liggero, Andre Nazemi of AhaPartner shares the challenges that affiliates face at the moment.

The affiliate industry has really come a long way compared to what it was back in 2010. Gone were the days when operators could just have a beer and shake hands with clients, and then walk away with profit.

Nowadays, affiliates need to know how to be adept with the ever-evolving industry to survive the very competitive market, according to Andre Nazemi of AhaPartner.

“From the time then, we have this quiet guy sitting in the basement and writing contents and today’s major big companies that’s owned almost all the market,” Nazemi told CalvinAyre.com. “The big difference is you deal a bit corporate instead of small guys with small operations.”

Nazemi said the industry had been seeing so many consolidations wherein smaller affiliates, in a bid to survive, are being taken over by bigger firms.

Most affiliates are now looking for creative ways to be able to buy traffic in the way it’ll be profitable to them, according to Nazemi. He said that it takes up to one year in order for affiliates to actually make a profit on the traffic they are buying, unlike back in the day when it only takes them three to four months to monetize the traffic.

“It is difficult. Since we have much more operators today than 10 years ago, that’s still the same market. Take Sweden, for example, it has a population of 10 million. Ten years ago, we have three or five big operators and probably five to six smaller [operators],” the AhaPartner executive said.“But today, I think I could count it to 350. It is really difficult and you really have to understand we have to be better on the numbers than we were before.”

On the bright side, Nazemi said some space has been created for smaller affiliates as they are likely a better fit for the smaller operators in this environment.

“We’re looking for smaller affiliates that want to grow and come into the market. We want to find those guys who are hungry and want to become big, good fighters. We can’t afford to go into these top affiliates and do deals because that will break us if we don’t do it the right way,” he said.