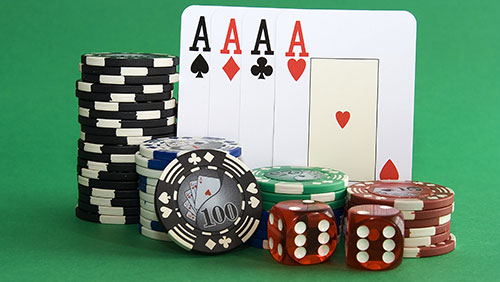 And I don’t just devour food, quickly. I do everything at a fast pace. The ulcer beneath my tongue acts as a reminder to slow down. Perhaps, this is the reason I am a little impatient with the speed at which the poker world operates. Even partypoker applied the handbrake this week.

Yesterday, I wrote about the changing face of the live tournament scene after partypoker announced plans to introduce the Shot Clock at select events at the MILLIONS Grand Final in Barcelona, including a level away from the money in the Main Event.

My minor moan was why partypoker didn’t follow 888Poker’s lead and start the Main Even with the Shot Clock.

It isn’t a question of whether it works.

It’s a question of playing with logistics.

And once again this is why it should be rolled out at the beginning of the event and not towards the end, as it gives the dealers and players an opportunity to play around with things when the stakes aren’t so high.

Today, the World Series of Poker (WSOP) – who had already agreed to implement the Shot Clock in the big money events – also agreed to bring in the Big Blind Ante concept.

Once again, the pace will be glacier-like as only 8 of 78 events will incorporate the new rule. In a press release issued by the WSOP, they stressed that they have monitored trials on the World Series of Poker Circuit (WSOPC), and feel it’s time to test the concept at the WSOP.

I get it; it’s a customer thingaling.

You want to take time to introduce the concept over some years. But it’s not exactly rocket science is it?

Just get on with it.

Just get on with it.

And I’m talking to ‘poker’ in the collective sense here not just the WSOP.

Here are the events IF you feel the need to trial the BB Ante rule to get comfortable with it.

The trial also extends to the 4 pm $200 and the 10 pm $150 Daily Deepstack and the weekend $25k and $50k High Rollers taking place in the Kings Lounge. The new rule will also feature in the Mega Satellites running daily in the Pavilion.

The World Series of Poker Europe (WSOPE) returns for the second successive year.

The King’s Casino in Rozvadov, Czech Republic once again acts as host. There will be ten gold bracelets up for grabs, one fewer than 2017 when close to 8,000 entrants created more than €25 million making it the most successful WSOPE ever.

WSOP’s media partners will film the Main Event for TV.

A full playing and live streaming schedule will appear in the coming months.