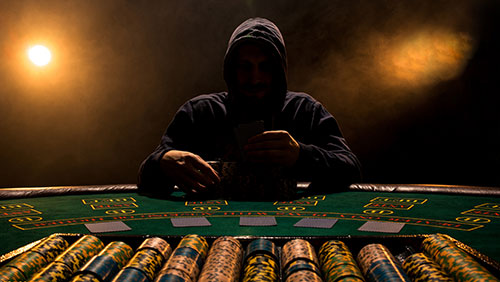 It’s time for the Poker Player’s Alliance to up sticks and leave after the poker community turned its back on the advocacy group after raising only $6,000 of a $25,000 goal needed to keep the non-profit in business.

I place the circular bathroom mirror onto the kitchen table. The moon-like reflection hits the ceiling. I have a green leaf cut out of paper, and on it sits a white dot that is to be the caterpillar’s egg. I place it underneath the light of the moon, and the story begins.

I can shovel as many butter beans into her mouth as I like.

She is captivated, not by the story, but the way I tell it.

Valentine’s Day is a time for people to remind those they love that they are unique. On this day, the Poker Player’s Alliance (PPA) sent a love letter to their tribe reminding them of their sterling advocacy work (including the Pennsylvanian success of 2017). It ended with the PPA imploring members to donate $25,000 by the end of March to help keep the organisation afloat.

Is This The End of the PPA?

It doesn’t matter what you build, sell or represent; you cannot do it alone in this world. You need a community of people who care about what you’re doing, and there has never been a better time to create a tribe than today.

To create a community who cares, you need to intertwine a brand story with your purpose. The story brings people along with you. Nobody likes advertising. The best way to grow a brand is to ensure that your tribe does much more than visits your store (have you seen the PPA website btw). They need to feel the desire to go out and create smoke signals that attract new tribe members.

That’s a hell of a tribe.

If the PPA had one million members, and they all donated a few cents, they would have reached the $25,000 goal.

I know this sounds harsh, but the PPA should fold after this resounding smack in the face. Every major poker outlet carried the PPA’s bad news story to the ears of the poker community.

We exist in a community where people lose $25,000 in a few seconds. Ari Engel has just won a poker tournament in California by beating 6,087 entrants. If the organisers had forced them all to pay $4 towards the PPA, then the goal would have been reached.

Prop bets are going on in poker for hundreds of thousands of dollars. $25,000 is chump change for many. How many hundreds, if not thousands of players will pay $25,000 to compete in the PokerStars Player’s No-Limit Hold’em Championship in January?

How much is that to the principal online poker rooms?

What about the significant live tours?

I once saw a friend walk past another friend playing cash in the Rio, and he took a $10k chip off his stack like he was dipping his hand in a packet of crisps. The other guy didn’t flinch. Do that two and a half times, and you have reached your goal.

You need to give your tribe a story they can believe in.

The story was, follow us, and nothing much will happen.

It sounds harsh, but we live in a world where people demand instantaneous gratification. Four states in seven years. Nobody is willing to contribute to a group that has a success rate as low as that. Nobody cares about the difficulties of dealing with politicians. Nobody cares (it seems) about the PPA, and like those disaster stories on America’s Got Talent, it’s time to get the hint and do something else.