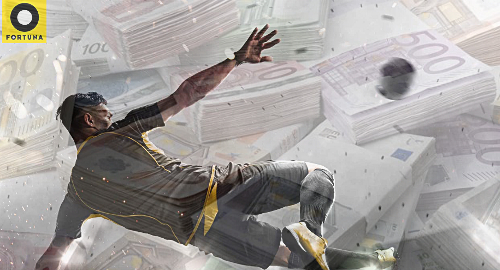 FEG CEO/chairman Per Widerström said the profit figure would have topped €20.3m were it not for one-off costs related to integrating the myriad businesses FEG added early in 2017. Regardless, Widerström hailed the results as evidence of the company’s “investments into operational excellence, new platforms and regional expansion.”

This will likely be the final annual report FEG ever issues, as the company’s majority shareholder Penta Investments is currently gobbling up the FEG shares it doesn’t already own in order to take the company private and rid itself of this need to air its dirty laundry in public every three months. Earlier this month, Penta increased its FEG stake to 95.8%, and a forced buyout of the remaining shares will follow the eventual delisting from the Prague and Warsaw stock exchanges.

You can track the progress of FEG’s acquisition spree by breaking down the annual revenue figure by quarters, starting with €26m in Q1, rising to €37.7m in Q2, rising again to €60.7m in Q3 before rocketing up to €88m in Q4.

FEG is one of the few operators brave enough to have obtained a license to operate in the tax-heavy Polish regulated market, of which the company now claims to hold a 33% share. Interestingly, FEG’s geographic expansion resulted in its primary markets of the Czech Republic and Slovakia claiming smaller slices of its overall revenue pie, except Poland, which held firm at 25% of the total. FEG credited the Polish gains in part to the country getting serious about blocking the domains of unauthorized online sites.

Looking forward, FEG expects its 2018 gambling turnover to top the €3b mark, while earnings will rise between 25% and 35%. Not that we’ll ever know for sure, since FEG plan to stop offering us detailed glimpses under its hood, but it sure sounds good.