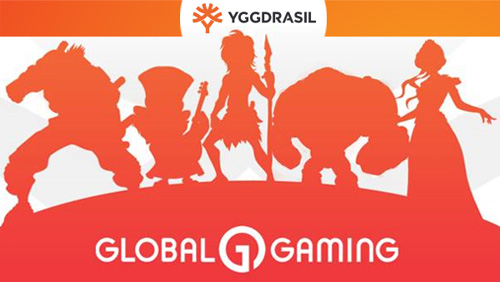 26th February, 2018 ­­– Yggdrasil Gaming has added another operator to its roster with the announcement of a deal with Global Gaming.

The operator will gain access to Yggdrasil’s full portfolio of award-winning slots, and BOOST™, its collection of in-game promotional tools.

Yggdrasil CEO Fredrik Elmqvist said: “Much like Yggdrasil, Global Gaming is a relatively new entrant to the online gaming space, and has successfully disrupted the sector through an innovative approach.

“We are thrilled that Yggdrasil’s games will be available to players on fantastic brands such as Ninja Casino, and we are certain Global Gaming will gain significant value from this partnership.”

Global Gaming CEO Stefan Olsson said: “We are always looking to partner with the most creative and forward-thinking games providers on the market, and it is clear Yggdrasil fits the bill.

“With Yggdrasil, it is not just world-class content that you receive, but a collection of in-game promotional tools that enable us to optimise the delivery of the slots to our customers. In an increasingly competitive industry, this makes all the difference.”