Home / Poker / The helicopters are leaving: PKR players have until Feb 28 to get on board 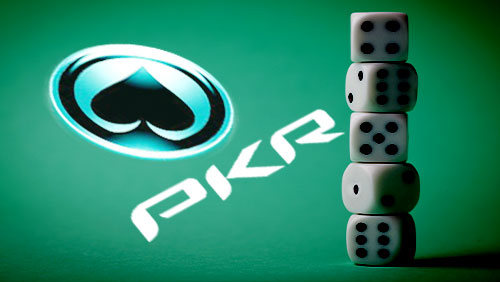 Former PKR players who have money left on the site after the 3D online poker room went into administration have until Feb 28 to create or access their PokerStars account to access those funds before they end up as nothing more than a distant memory.

When PKR players logged into play on May 3, 2017, and saw a closure sign, one imagines an all too familiar slew of dark thoughts came tumbling in like Cirque du Soleil gymnasts.

The conductor had blown his whistle for the last time.

The PKR Express had left town, never to return and with all the player’s money hidden in the Caboose.

In the days that followed, PKR players learned that PKR Limited and PKR technologies had entered administration. It was time to reach for bottles of wine with necks as long as a giraffe. It was Full Tilt Part Deux.

And then an unlikely thing happened.

PokerStars heard the clock ticking somewhere in the silence, jumped on board their white stallion and rode into town to save the day. The largest online poker room this side of the 60% off Merchandise sign that sits before me would buy the players money, and figure out a way to give it back.

Eric Hollreiser, Chief Comms Man for Stars, said at the time: “We are not doing this to improve our bottom line. We’re doing this because it’s the right thing to do.”

What I didn’t realise at the time, is the evacuation had a time limit. A digital Fall of Saigon. The helicopters leave PKR pastures on Feb 28, so if you have any money left on the site, you had better get your skates on.

How to Get on the Helicopter

Administrators David Taylor and Matthew Wild have worked alongside Stars to grant them access the PKR player database. Stars have subsequently sent emails to all affected players advising them how to access and withdraw funds.

What they can’t do is force the PKR players to act.

Here’s how to take your last chance and hop on board amid the blowing of the shrubbery.

All players who have failed to access their funds will have received an email from Stars. Check all folders, including spam. Once found, follow the instructions. You need to sign up for a PokerStars account to access your funds, but once you do this, you can withdraw your funds, play with them or turn them into cryptocurrency – nobody cares. Then, you can close your PokerStars account or keep it open, once again, the decision is yours.

If I’m not making sense, then follow this link.

“No player should be left unprotected and short-changed by an operator they trust,” came the official word from PokerStars. “So if players do receive an email, or haven’t had the chance to log-in, we would urge that they do so before February 28. It will only take a few minutes.”

I can’t imagine for one minute that anyone has a significant amount of cash remaining on the site, but the total amount left will be quite considerable, and if you don’t retrieve it, then I assume the only problem Stars has is where to put it on the balance sheet.