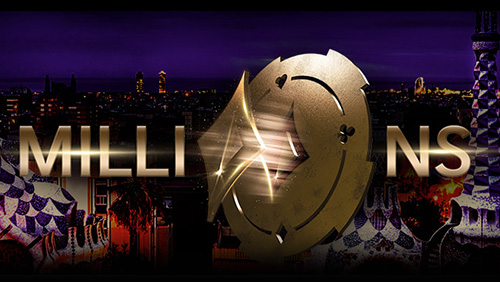 PokerStars has been the dominant go-to site for online poker play for what seems like centuries now. Partypoker hopes to change all that, and is planning a blockbuster poker party for its final stop in Barcelona as part of its “MILLIONS” festival of tournaments. The poker site is looking to score big with the event, and is putting up a guaranteed €23 million to make it happen.

The Grand Final will be held on April 7 to 16 at the Casino Barcelona. Partypoker is calling it the “largest festival with the highest guaranteed prize pool in the history of poker tournaments ever held in Europe.” The main event guarantee was initially set at €10 million when the site’s series of tournaments was first announced in October of last year, and now eight more events have been added.  All eight have guarantees worth over €1 million. If partypoker makes its mark, it’s possible other sites, such as PokerStars, might try and follow suit.

The final stop draws to a close partypoker’s run around the globe in its MILLIONS series, which CalvinAyre.com has been covering in its entirety. It has launched tournaments in the Caribbean, the UK, Germany, Russia, and Canada. The five countries played host to some impressive poker action that saw winners collecting more than $100 million in prize money. Several events offered a $5-million guarantee, while five guaranteed $10 million each.

Satellite tournaments are available to gain entry into the Grand Final, and they’re available for as little as $0.50. From there, players can earn the chance to participate in the $1,050 final, which has ten $16,000 packages up for grabs. The packages include entry into the Main Event, accommodations for eight nights and $500 for expenses. From the quarter finals forward, the $22 buy-in satellite, players will be able to carry their chips forward to the next round.