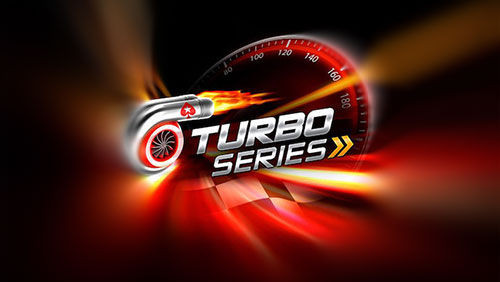 PokerStars’ Turbo Championship of Online Poker may be dead, but the series lives on.

It has been revived as simply the Turbo Series and features 74 events with buy-ins from $11 up to $5,200. In total, the 2018 series will offer a guaranteed prize pool of $15 million as well as three Platinum Pass entries into the PokerStars Players No-Limit Hold’em Championship with $9 million up for grabs. The three Platinum passes are worth a combined $90,000.

Action gets underway on February 14 with a $109-buy-in No-Limit Hold’em event that offers a guarantee of $500,000. From there, poker players from around the world will meet at the felt in a series of games that include No-Limit Hold’em, Pot-Limit Hold’em, HORSE and Omaha. There will be multiple variations of virtually all of the games, with the series drawing to a close on March 4.

$2.20 satellites are being held on PokerStars every day. Possible prizes include a seat at the $55 Main Event scheduled for March 1, which offers a guarantee of $1 million. PokerStars is also presenting a number of $2.75 Spin & Go tournaments for players on a tight budget who want to get into the Turbo Series. There is a wide range of cash prizes available through the tournaments, including a place at the $1,050 Main Event scheduled for March 2. The Main Event offers a guaranteed prize pool of $2.5 million.

Two of the three Platinum Passes up for grabs will be awarded to each winner of the $55 and the $1,050 Turbo Main Events. The third goes to the winner of a PokerStars Players Championship-designated All-In Shootout on March 5. Qualification in the shootout is achieved by anyone playing in any of the Turbo Series games. In addition to these three Platinum Passes, PokerStars has already awarded 40 passes through both live and online tournaments.

Maria Konnikova, Philip Elliott and Andrea Benelli are just a few of the winners who were able to pick up a Platinum Pass.

If the cards don’t line up to make it to the Turbo series, consolation prizes are available. A number of Second Chance freerolls on the site are being presented, and offer prizes ranging from cash up to participation in other PokerStars tournaments.