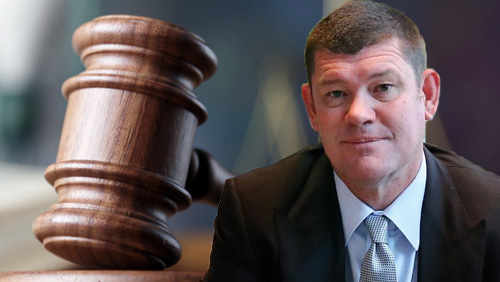 On Friday, Federal Court Judge Debra Mortimer threw out the landmark case that Shonica Guy filed against Crown and Aristocrat on grounds that the former gambler failed to prove the defendant’s misleading or unconscionable conduct, The Sydney Morning Herald reported.

In her lawsuit, Guy said she suffered significant financial losses playing the “Dolphin Treasure’ poker machine over the past 14 years because the machines “deliberately give people false hope that they have a chance of winning to keep them playing.”

Law firm Maurice Blackburn, which represented Guy, particularly blamed the pokies machine’s oversized fifth reel, which contains 44 symbols rather than the 30 featured on the first four reels. They argued that the design features amounted to deception that no reasonable player would be aware of.

Mortimer, however, wasn’t convinced with the petitioner’s arguments that the machines were designed unfairly and that the players were not properly informed about their prospects of winning.

While she agreed with Guy’s claim that the machines could confuse ordinary gamblers, Mortimer contended that such an impression would only be fleeting.

“Any such impression formed would be dispelled as soon as she or he actually starts gambling and the randomness of the operation of the machine and returns become apparent,” Mortimer said, according to the news outlet. “The impression is fleeting and may cause confusion but it is not misleading or deceptive as the law defines those concepts.”

Despite suffering a legal defeat, Guy said she was grateful to be able to represent “all Australians who have been hurt by the pokies” in court.

“I managed to get on top of my addiction but the sad reality is many people right across Australia can’t do this, and the impacts are devastating,” Guy said. “I’m hopeful this can lead to a better way forward.”