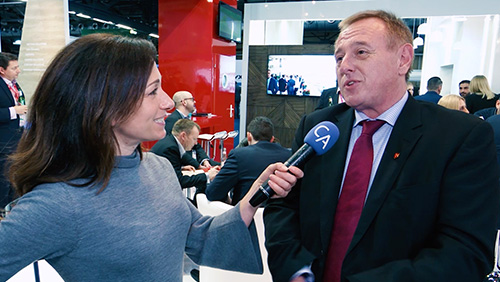 In this interview with CalvinAyre.com’s Becky Liggero, Isle of Man eGaming chief Tony Ure shares what it’s like working for the government after decades of serving in the private sector.

Tony Ure, who made a name in the gambling industry for launching and running products and platforms across online and land-based operations for more than 30 decades, finally decided to jump out of his comfort zone and see how things work in government.

Ure brought with him his extensive global gaming experience when he was appointed the Isle of Man’s new head of eGaming. Before taking on his new government role, Ure was an IGT Group & GTech executive for 10 years and has also worked on major projects for enterprises in both digital and retail sectors such as Ladbrokes, Sheraton Group, and Sky Poker.

Ure said he is really looking forward to work with the eGaming team in Isle of Man’s Department of Economic Development, especially at a time when the island is positioning itself as a premier e-Gaming jurisdiction.

Isle of Man’s eGaming sector represents an estimated 20 percent of the island’s economy.

“I’d been with the private sector for quite a long time. I was with IGT Group & GTech for 10 years, Ladbrokes before that, then land-based casinos,” Ure told CalvinAyre.com. “I thought it would be nice to do it from the government side and see how it works. I’m looking forward to the potential of it, it’s brilliant.”

At the moment, Ure is busy working to balance both gaming innovation and regulations for the sake of the gaming industry, the players, and the government. He pointed out that the island “always had a framework to protect the players” and “to have the highest possible integrity and be the premier gaming jurisdiction.”

“We’ve just been licensing new technologies in new gaming aspects, we have blockchain lottery that’s just come out. We’ve licensed e-Sports and skins-betting,” Ure said. “We are working very closely with our regulators in putting together a framework to make sure that they are well regulated and well-structured for the island. New technologies moving forward.”