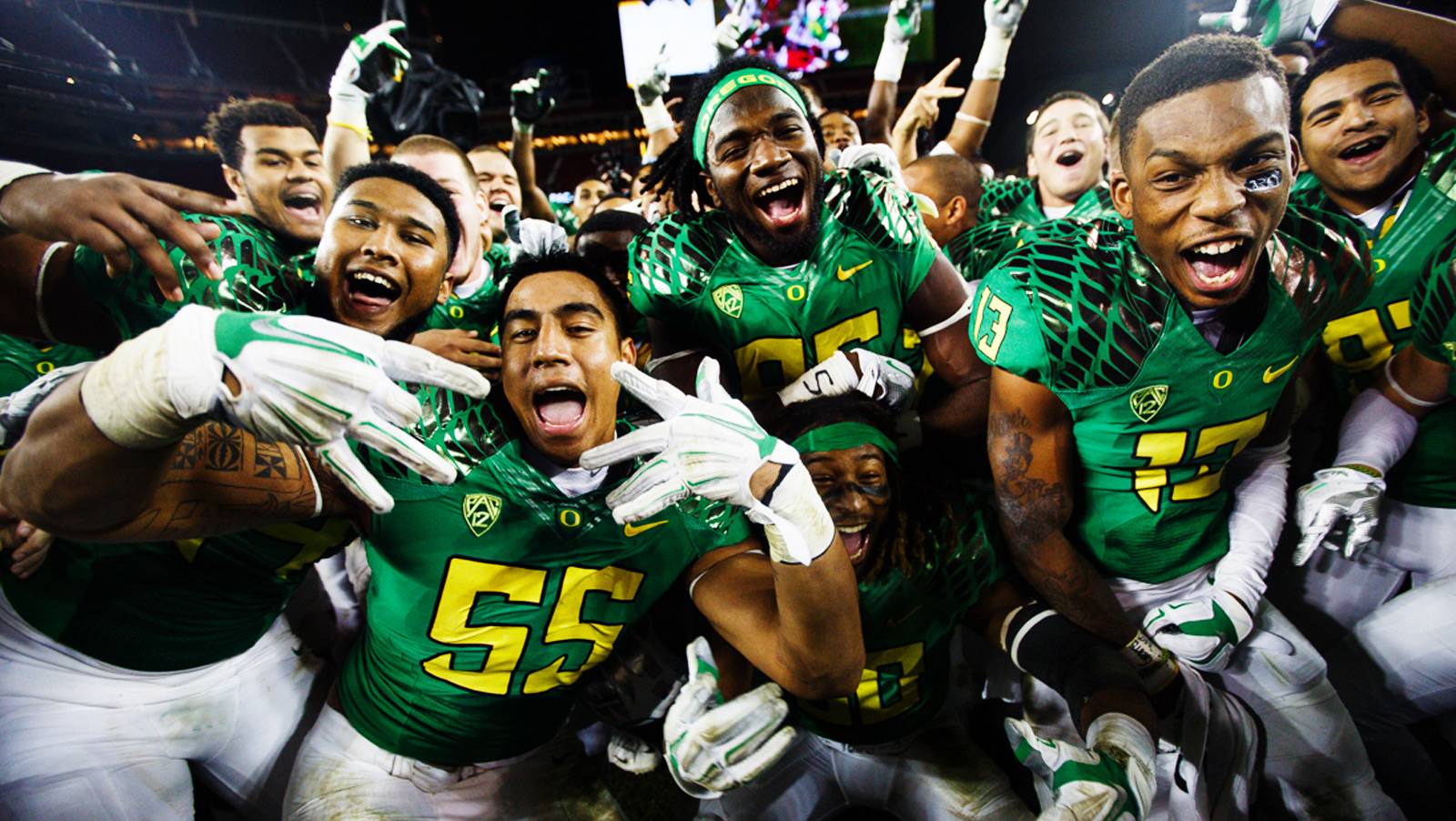 The Oregon Ducks (7-5) will have a new head coach when they take on the Boise State Broncos (10-3) in Saturday’s Las Vegas Bowl after Willie Taggert left for the Florida State Seminoles following one season. The Ducks hired from within by promoting offensive coordinator Mario Cristobal, and they are listed as 7.5-point favorites over the Broncos.

Boise State won the Mountain West Conference Championship Game, rallying for a 17-14 victory against the Fresno State Bulldogs after going 7-1 in the league during the regular season. Led by quarterback Brett Rypien, the Broncos are 11-2 straight up in their last 13 December games while the Ducks are 7-0 under the same scenario.

Boise State is also 4-1 against the spread in its past five following a win compared to 2-9-1 ATS in the previous 12 for Oregon, which is coming off a 69-10 rout of the Oregon State Beavers. The Ducks went 4-5 in the Pac-12 and covered three of four down the stretch.

Two bowl games will kick off before the Las Vegas Bowl and two after it on Saturday, although none of them feature similar high-profile schools. The New Orleans Bowl is the first of the season and pits the Sun Belt’s Troy Trojans (10-2) as 7-point chalk against Conference USA’s North Texas Mean Green (9-4). Troy’s biggest win of the year came versus the LSU Tigers on September 30, a 24-21 upset as a 20.5-point underdog.

The Trojans then proceeded to lose their next game 19-8 to the South Alabama Jaguars as 18-point home favorites before going on a six-game winning streak (4-2 ATS). The Mean Green fell 41-17 to the Florida Atlantic Owls as a 10.5-point dog in the Conference USA title game, snapping their five-game winning streak (4-1 ATS).

The Autonation Cure Bowl has the Georgia State Panthers (6-5) versus the Western Kentucky Hilltoppers (6-6), who are 6.5-point favorites in another Sun Belt-Conference USA matchup. The Hilltoppers went 4-4 in Conference USA play and have dropped four of five while the Panthers went 5-3 in the Sun Belt but are riding a two-game skid.

The New Mexico Bowl will see the Mountain West’s Colorado State Rams (7-5) face the Marshall Thundering Herd (7-5) as 5.5-point chalk. Colorado State is favored even though the team has lost three of four and failed to cover six straight to close out the regular season. Like Western Kentucky, Marshall has dropped four of five (2-3 ATS).

Wrapping up Saturday, a third Sun Belt-Conference USA game will take place in the Camellia Bowl between the Middle Tennessee State Blue Raiders (6-6) and the Arkansas State Red Wolves (7-4). The Blue Raiders won three of four to finish 4-4 in Conference USA, and the Red Wolves are 3.5-point favorites after spitting their last four to end up 6-2 in the Sun Belt.

Arkansas State nearly earned a share of the conference title but lost to Troy 32-25 with 17 seconds left in their finale on December 2.