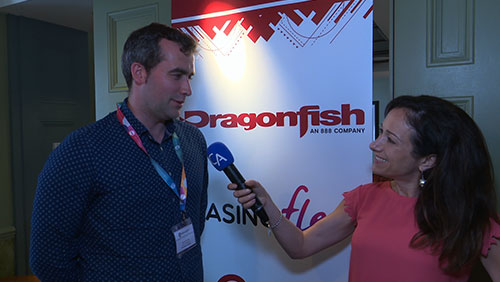 In this interview with CalvinAyre.com’s Becky Liggero, Simon Dunne of Broadway Gaming shares how operators may attract new players and keep the loyal ones without spending too much money on bonus offers.

It has been a routine for operators to reward their players with bonuses. Giving bonuses to players is the most effective way to increase the attractiveness of operators’ offering. The rewards also ensure customer loyalty and increase average player spending.

Relying too much on handing out bonuses to players, however, may become a burden for most operators, especially when governments impose hefty taxes.

This is why Simon Dunne of Broadway Gaming believes operators shouldn’t rely too much on giving out rewards to players. Instead, he said they could come up with alternative strategies that would ensure player loyalty and, at the same time, attract new customers.

“I think what a lot of the problem that people have and the players have, and the industry at the moment is actually caused by bonusing,” Dunne told CalvinAyre.com. “A lot of the complaints that we would have are why players can’t cash out, usually it’s due to wagering requirements and things like that. I think with less bonusing there’s going to be less of these problems.”

He cited the case of online bingo companies in UK and the effect of the country’s Point of Consumption Tax (POCT) on their bonus strategies. The new British regulations, according to Dunne, are now forcing these companies to rethink their marketing strategies to make up for the additional tax.

Dunne shared that Broadway Gaming has become less reliant when it comes to issuing bonuses as the company starts to shift their focus on improving their product, network, jackpot games, and customer support.

“Now, we have to amend our bonus strategy. We are giving away 300 percent to 400 percent at the moment. We still need to remain competitive, so we’ll still need to give that away,” he said. “Other operators are giving away 700 to 800 percent, I think they’re going to have to change what they do. We need to look at bonusing in all customer segments. So, VIPs, loyal players and things like that, where we are giving huge amounts of bonus to them, we need to look at that whether we can still sustain that level of bonusing.”