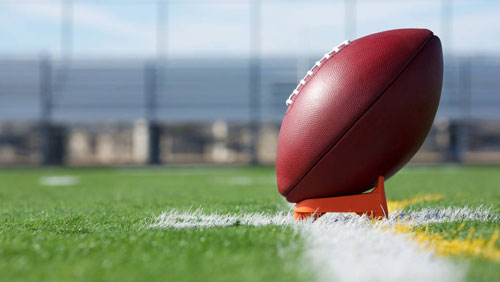 Two huge rivalry games on Saturday will play a big role in helping shape this year’s College Football Playoff field. And two home underdogs will try their best to pull off upsets and hurt their opponents’ chances of playing for the national championship.

The Auburn Tigers (9-2) figure to have a better shot against the Alabama Crimson Tide (11-0) as 5-point home dogs after opening at +4.5 for Saturday’s Iron Bowl matchup. The Tigers have already handed one previously unbeaten team their first loss when they routed the Georgia Bulldogs (10-1) two weeks ago 40-17 to put themselves into the mix.

Auburn has won 11 straight home games but has lost seven of the past nine meetings with Alabama. Sportsbooks will likely need the Tigers to cover the spread.

The Michigan Wolverines (8-3) have dropped out of the Top 25 rankings after losing 24-10 to the undefeated Wisconsin Badgers (11-0) last week. This Saturday, Michigan will attempt to keep the Ohio State Buckeyes (9-2) from going back to the CFP as a 12-point home dog after opening at +11.

Ohio State is battling Auburn for the title of best two-loss team in the nation, and both need to win out in order to make a legitimate case. The Buckeyes have won 12 of the previous 13 meetings with the Wolverines, going 7-3 against the spread in the last 10. Again, books will be hoping Michigan can cover.

Wisconsin will meet Ohio State in the Big Ten Championship Game on December 2, but first the Badgers will visit the Minnesota Golden Gophers (5-6) as 17-point road chalk on Saturday. The Golden Gophers have lost 13 in a row in this series for Paul Bunyan’s Axe, so do not be surprised to see bettors again backing their opponent prior to kickoff.

One more game to watch on Saturday night that the public will be interested in has the Notre Dame Fighting Irish (9-2) visiting the Stanford Cardinal (8-3) as 2.5-point road favorites.

Stanford running back Bryce Love will get to play in front of a prime-time audience and hopes to make a serious statement on why he should win the Heisman Trophy. Love has been playing with an ankle injury though, so this line could move in Notre Dame’s direction to -3 or higher depending on his status leading up to the game.