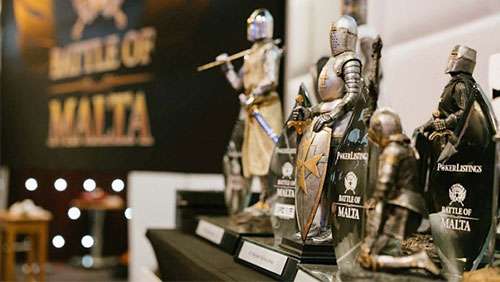 Two Barrels for you including a farm manager who couldn’t afford to buy breakfast winning the largest Battle of Malta of all time, and PokerNews scoring an own goal with the coverage of the Chris Ferguson saga.

The 2017 Battle of Malta (BOM) will undoubtedly be one of the front-runners for a Global Poker Index (GPI) European Poker Award after it grew in size for the sixth successive season.

in prize money, despite declaring to the live reporting team:

“99% of players in this field had more experience than me.”

Nadav Lipszyc was one of four players from Israel to make the final table, the first time a country quartet has made it to the last nine. The other five players were from Scandinavia.

Incredibly, Lipszyc was playing only his second ever live tournament (his first was the live satellite he won in Israel to qualify for his BOM seat).

“I came here with no money in my pocket. I barely had money for breakfast.” Said Lipszyc.

The final table lasted five hours, at which time Lipszyc’s soul left his body to be replaced by that of Kid Poker.

“I think Daniel Negreanu entered my body and played for me.”

Here are the stats from the previous BOMs.

In the aftermath of Chris Ferguson’s sixth World Series of Poker (WSOP) bracelet, which virtually locked up the Player of the Year (POY) title, the poker community roundly criticised Phil Hellmuth Jr for taking a selfie with the former Full Tilt man and posting it on his social media feeds.

Defending his actions amidst a hail of 140-character bullets, Hellmuth admitted that he had forgiven Ferguson and believed he was ‘innocent.’

As I wrote yesterday, there is no way the poker industry can forgive a man who refuses to seek forgiveness, and we can’t judge his guilt or innocence until he talks.

Daniel Negreanu, in his recent VLOG, called Ferguson a coward for not addressing the media, especially now so many people are demanding answers from his time at Full Tilt as he brazenly appeared at his second WSOP after returning from a five-year hiatus from the game.

It was unwise for Hellmuth to support Ferguson in the way that he did, we expect more from one of the leading lights in the game. And we also expect more from PokerNews who followed up Ferguson’s eventual success by creating a two-minute video where they asked a series of poker players to air their thoughts on Ferguson winning the POY award.

888Poker, PokerStars, and partypoker sponsor the majority of players who appeared in the video, so I assume player selection was somewhat affiliate related. The only player who took the opportunity to address the real situation at hand was Parker “tonkaaaa” Talbot, with the rest focusing on Ferguson’s play or stuttering their thoughts incoherently into the camera.

As the community has since shouted from the top of the lungs:

WHERE WERE ALL THE AMERICAN PLAYERS FERGUSON SCREWED OVER!

The video was a serious own goal.

The media has been rightly critical of Ferguson for being insensitive enough to sit down and play against players whose lives his decision making changed dramatically, but this video is also insensitive and should have ended up as a good idea gone wrong.