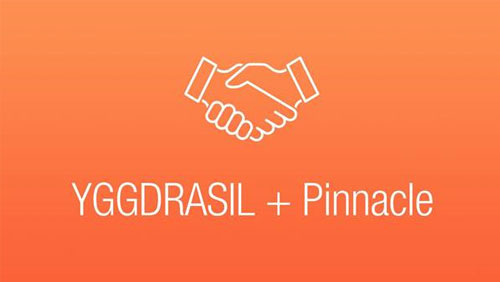 6th November, 2017 ­­– Yggdrasil Gaming has agreed a deal to provide its award-winning content and promotional tools to leading operator Pinnacle.

The agreement with Pinnacle, one of online gaming’s most established brands, will see popular Yggdrasil titles including Jungle Books and Pumpkin Smash made available to its customers for the first time.

Fredrik Elmqvist, CEO at Yggdrasil, said: “In what is still a relatively young industry, Pinnacle has been offering world-class online gaming to its customers for almost 20 years. It enjoys a loyal following of dedicated players who we are certain will enjoy Yggdrasil titles.

“This is the latest major commercial signing for Yggdrasil, as we continue to add scale to the business and enter the next stage of our development.”

Paris Smith, CEO at Pinnacle, said: “In a highly competitive sector, content is king, and it is essential that we add games from top developers such as Yggdrasil.

“Yggdrasil slots are instantly recognisable, but what has really impressed us is the arsenal of promotional tools that help us boost retention and engagement.”