Home / Sports / Will big favorites come through again in week 8 of NFL season? 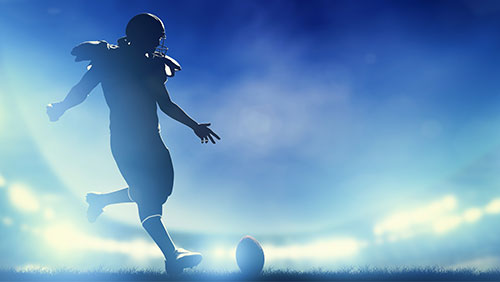 Just when football bettors think they have the NFL figured out, the sportsbooks strike back and avenge their losses.

That was certainly the case last week when favorites bounced back and dominated, especially those playing at home with a 6-1-1 mark against the spread. Overall, favorites were 10-4-1 ATS after going 3-11 the previous week.

Bettors generally like taking dogs due to the perceived value, although Week 7 might have made them think twice about that. Heading into Week 8, there are again several big favorites like the Minnesota Vikings (-9.5 in London versus the Cleveland Browns), New Orleans Saints (-9 at home against the Chicago Bears), Philadelphia Eagles (-13 at home against the San Francisco 49ers) and Cincinnati Bengals (-10.5 at home against the Indianapolis Colts).

So will the books need the favorites or dogs in those games?

The Vikings are getting a lot of early support after opening as 7.5-point chalk, especially with Cleveland’s shaky quarterback situation and the loss of All-Pro left tackle Joe Thomas for the season. Minnesota has won six of the past seven meetings and has taken control of the NFC North with the Green Bay Packers losing Aaron Rodgers.

The Bengals have also moved up slightly from an opener of -10 despite losing handily to the Pittsburgh Steelers 29-14 last week. Cincinnati had won two in a row prior to that setback at Pittsburgh, and the favorite in this matchup against Indianapolis is a remarkable 12-0 straight up and 10-2 ATS in the previous 12 meetings.

While it is still too early to say whether the books will need the Saints and Eagles or their opponents in Week 8, there is a good chance the Bears and 49ers will both need to cover in those games.

Chicago is coming off a surprising 17-3 upset of the Carolina Panthers as a home underdog but has gone 1-4 SU and 0-4-1 ATS in its past five trips to New Orleans. San Francisco is 2-5 SU and 1-6 ATS in the last seven meetings with a Philly team riding a league-best five-game winning streak to the NFL’s best record.

NFL players are opting out of the season over COVID-19 concerns
Erik Gibbs
28 July 2020
.