UK Pensioners celebrate pension changes by putting it all on red

Two years after the former chancellor, George Osbourne, gave pensioners the option to withdraw a lump sum rather than buy annuities, a review of the decision has thrown up a few who took the opportunity to have a little flutter.

I’ve never met a harder worker. It didn’t matter how hungover he was; he would drag his arse into work no matter how he felt, and with very little fuss. He leaves with nothing except a state pension, having neither the money, luck nor the foresight to save a few pennies for this particular rainy day.

A few years before his retirement, he worked abroad banging in the hours and earning some good money. Rather than save it for his retirement, he spent it. Each time I knocked on the door for a visit, there was a different door, a new kitchen, a new backyard.

God knows what he would have bought had he withdrawn his state pension in a lump sum? Fortunately, we don’t need to ask God for the answer to that hypothetical.

In 2015, in a bid to attract more senior voters to the Conservative Party, the then chancel 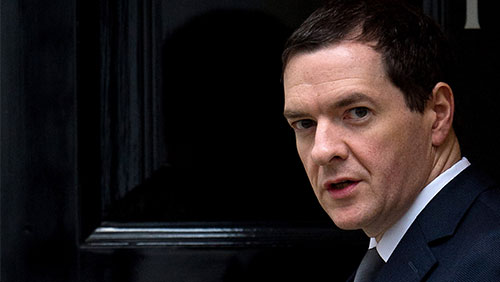 lor, George Osbourne, changed the pension laws. Osbourne removed the mandatory requirement to invest a pension in an annuity so you could gain access to an annual pittance for the rest of your life and instead allowed people to withdraw the lot in a cash lump sum, with the first 25% tax-free.

Two years later, and the Commons Work and Pensions Committee is pulling in feedback from around the country to gauge how the idea has been panning out, and there have been a few people like my Dad in the mix.

In one submission, Pamela Hewitt, a former welfare benefit officer, described one of her previous clients losing a pension pot worth an estimated £250,000 in a matter of months.

After Osbourne gave the thumbs up, the unnamed man withdrew £120,000 from his pot and promptly spent the lot on gambling, booze, and a snazzy car. The man apparently went on a bit of a downswing because he ended up seeking benefits from the government because he was broke.

But we all know a good old fashioned ‘pensioner blows his fortune gambling’ makes a great headline. Hundreds of thousands of pensioners decided to withdraw the lot, and not all of them travelled to Vegas and put the lot on red.

To demonstrate that not all of those who spent their lavish pensions ended up begging the state for cash, one unnamed 60-year old used his £46,000 premium to buy a small hut, renovated, and now earns £6,000 per year on Airbnb rentals. In comparison, had Osbourne not changed the rules, his annuities would have paid him £1,000 per year.

“It’s the only decent thing George Osbourne ever did,” said the genius.

As part of the inquiry, pensioners were asked what MPs could do to improve pensions management.

“Please, please, please, for God’s sake, can MPs leave pensions alone for a while and give the rest of us a chance.” Said one unnamed 52-year-old.

And gambling isn’t a bad thing.

Retiree John Hesp showed UK pensioners how best to invest $10,000 when he travelled to Las Vegas, entered the World Series of Poker (WSOP) Main Event, and finished fourth for $2.6m.