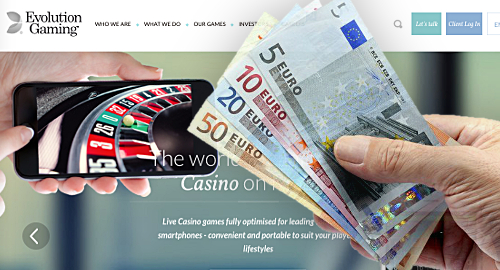 Evolution CEO Martin Carlesund credited the gains to strong acceptance of its new Dream Catcher and Dual Play Roulette games, along with a “high level of activity” at its live dealer clients during the summer months. Earnings margin hit 47.7% in Q3, nearly 11 points higher year-on-year and representing Evolution’s best ever margin in a single quarter.

Evolution’s existing live dealer studios underwent further expansion in Q3 and expects to have around 400 tables in operation by the end of 2017, which Carlesund claims makes Evolution “Europe’s largest casino by a good margin in terms of the number of tables.”

The quarter saw Evolution start work on its new live dealer facility in British Columbia, following the company’s five-year deal this April with the BCLC provincial gambling monopoly’s PlayNow.com site. The studio, which Evolution expects will go live early in 2018, will mark the company’s first land-based presence outside Europe.

Latvia’s capital Riga is one of Evolution’s key jurisdictions for its studio facilities, but the government announced this month that it would impose a new fee on live casino tables. While Evolution notes that its operations could be “compromised” by this change, it also maintains that the new fee “is not assessed to substantially impact the company’s position.”

Since the quarter ended, Evolution inked a deal to provide live casino games to the online operations of Bulgaria’s National Lottery AD. Evolution’s products are expected to launch on the 7777.bg site sometime this quarter.