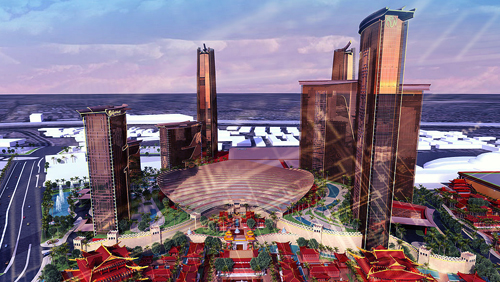 The construction of the multi-billion dollar integrated resorts project of casino operator Genting Americas on the Las Vegas Strip will soon commence after hiring the general contractor of the Mandalay Bay resort.

“Bill Richardson [principal at WARB] has tackled complex, multi-billion-dollar projects in Las Vegas on time and on budget. We are confident that he and his team have the know-how to ensure that Resorts World Las Vegas will be constructed to the highest standards with maximum flexibility for future growth,” Farrell said in a statement.

WARB was the general contractor for Mandalay Bay, Monte Carlo, Linq and the Cromwell, as well as major renovations for other Strip properties

According to the press release, WARB is providing RWLV with pre-construction services, including infrastructure and utility work, the completion of the main parking structure, preliminary steel and foundation work, and permitting and remediation across the site to prepare it for the commencement of construction.

Richardson pointed out that being tapped for the newest integrated resort project is a testament of WARB’s “years of experience in building megaresorts on time and on budget.”

Meanwhile, Genting group has awarded more than $400 million in contracts ranging from bulk orders for concrete and steel to tower crane equipment and operators.

It also announced that the Clark County Building Department approved multiple permits and applications for the project.

RWLV, which had a ceremonial groundbreaking in 2015, will be the first ground-up resort built on the Strip since the 2008 economic recession. Construction of the integrated resort is expected to be completed in 2020.

The multi-billion-dollar project, which is located on the 87-acre, former Boyd Gaming “Echelon” site, will be built with a modern Asian theme, creating a unique international tourist destination and experience.