Multiple civil lawsuits have been filed against Alabama casinos accused of operating illegal slot machines under the guise of bingo. 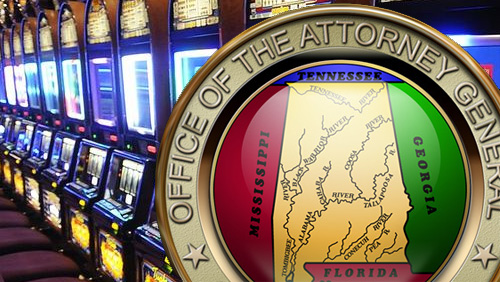 Alabama Attorney General Steve Marshall is also asking the courts to issue preliminary injunctions to stop what he says are unlawful gambling operations while the lawsuits are pending, as well as to declare the casinos public nuisances and permanently bar them from operating the gaming machines.

“It is the responsibility of the Attorney General to ensure that Alabama’s laws are enforced, including those laws that prohibit illegal gambling,” Marshall said in a statement. “Through multiple rulings in recent years, the Alabama Supreme Court has made it abundantly clear that electronic bingo and the use of slot machines are illegal in all Alabama counties.”

Marshall’s lawsuits are the latest development—and strategy—in the state’s ongoing battle against the gambling machines. Previously, the attorney general’s office used its might to raid casinos and seize the machines and proceeds from the gambling establishment. Alabama law prohibits casino games like slot machines, although bingo is allowed in some counties.

Among the casinos names in the lawsuits is Macon County’s VictoryLand, which reopened in 2016 after it was shut down several years ago.

In 2013, the attorney general’s office sought to forfeit 1,615 bingo machines, claiming the machines are illegal gambling devices. The state also seized $263,000 from the casino, but a circuit judge ruled that the company that owns VictoryLand had “substantial evidence” that electronic bingo was authorized in a charity bingo amendment approved by local voters in 2003.