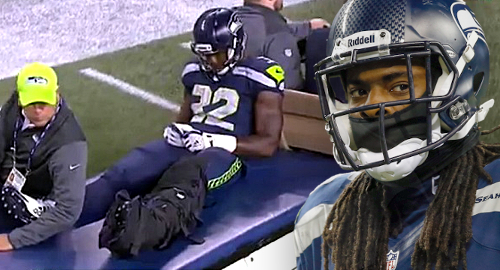 Following the Seahawks’ victory over the Indianapolis Colts on Sunday night, Sherman was quizzed during the postgame press conference about injuries incurred by two Seahawk players, running back Chris Carson and offensive lineman Rees Odhiambo.

Without anyone mentioning fantasy sports, Sherman offered his view that “a lot of fans out there have looked at players less like people because of fantasy football.” Sherman said that, when a player gets hurt during a game, his fellow athletes were more concerned about their colleagues’ physical and mental wellbeing, while some viewers at home or in the stands are “thinking, ‘oh man, he’s messing up my fantasy team.’”

This is the second time this season that Sherman has taken issue with some form of wagering on National Football League games. Last month, Sherman slammed the NFL’s injury reporting rules as being solely “for gamblers, for Vegas to make sure the odds and everything are what they are supposed to be.” The same press conference saw Sherman slam fantasy players as “almost as bad as the gamblers.”

It’s unclear whether Sherman’s anti-fantasy comments will affect his relationship with Draft, the daily fantasy sports site operated by UK-listed online gambling operator Paddy Power Betfair. Earlier this year, Sherman appeared in a Facebook post in which he claimed that Draft was “changing the game” for fantasy, although it seems Sherman is already tired of playing this game.