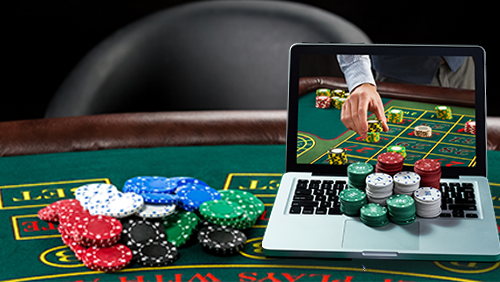 I think the flies must lay their eggs in the dog poo. The dog poo goes into the bin. The sun heats it up like a much larger, and smellier petri dish, and out they come, wriggling in that horror movie kind of way.

But they are mere tourists.

Their actual destination is the tip.

I’ll put the bins out on Monday night; the truck comes along, the bin is launched into the air, tossing the maggots and dog poo into the back, for their ride to the tip.

And as I watch this whole process, waving bye-bye to my wriggly friends, it strikes me that there are no bin men in America. Only a driver and a truck.

In the UK, there is a driver; truck and a group of strapping young men picking up the trash hoping an opened can of baked beans doesn’t split open a calf muscle, and avoiding AIDS infected hypodermics.

If you are a bin man in the UK, it’s time to find another job. The truck will take over, eventually.

In early September, I wrote about machines taking human’s jobs in Pokerography: Dealer Deus. In that article, I referenced a 2013 research project carried out by a group of Oxford University chaps entitled The Future of Employment: How Susceptible Are Jobs to Computerisation?

The researchers believed that 47% of US jobs were at high risk of having their blood supply cut off with machines powered by general human-level intelligence applying the tourniquet.

I reckon the bin men were on that list.

But I wasn’t focusing on them last time around; I was focusing on the gaming dealers after the report pointed out they were 98% likely to go the way of the Dodo.

Jackpot Blitz is Ready to Send Dealers to the Firing Range

In August, our very own Stephanie Raquel spoke to Jake Kalpakian of Jackpot Digital where the pair exchanged spit talking about their new line of electronic gaming tables – Jackpot Blitz.

Do you remember those crappy 50-games in one compilation games your mum used to buy you for Christmas? Air hockey, pool, billiards, chess, and all the other crap games?

Jackpot Blitz allows a casino operator to upload all manner of casino games at the touch of a button. Phil Ivey could never have stiffed Crockford’s, or the Borgata is they had used one of these tables.

The game you can see in the video is poker. The benefits are obvious. There is no dealer, no cards, and no chips, cutting down on operator costs, and increasing playing time for the punter (and increasing revenue for the operator).

And I believe him.

The tables look fantastic (you can even fold the corner of your cards to see them), and you can also play side action during the game (blackjack, roulette, make a sports bet, etc.).

“The interest has been overwhelming,” said Kalpakian.

The tables can even be customised, so the World Series of Poker (WSOP) or World Poker Tour (WPT) could purchase them and add their distinctive branding.

And earlier today, PokerNews ran a feature on the company meaning more gambling magazines are going to run with the story meaning more exposure for Jackpot Blitz.

In many ways, these machines remind me of the supermarket, where till operators dwindle as more and more machines take over their jobs. The same will happen to gaming dealers. It’s a job without any future, just like the guys dealing with my maggots.