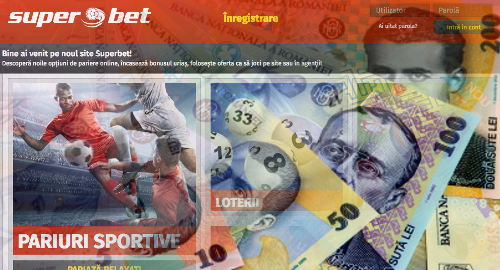 Romania’s finance ministry recently turfed the national lottery’s general manager after only 10 days on the job.

Mihai Paduraru was hired as the new boss of the scandal-plagued state-run Romanian Lottery on August 10, only to be shown the door on August 20, two days after he agreed to what observers felt was an overpriced deal to buy 2k lottery terminals and a new IT network from a local company with no lottery experience.

Experienced lottery giant International Game Technology had earlier backed out of the bidding for the lottery contract due to its view that the framework agreement imposed “a level of risk on the provider by setting penalties without a threshold and short delivery times, which are not a market standard.”

Romanian media outlet Digi24 reported that Paduraru is something of a phantom, in that the Lottery released no photos or biographical data before or during his 10-day tenure, and the Lottery has reportedly declined to furnish this info following Paduraru’s exit.

Regardless, the rapid retreat definitely fits a pattern. Padurau replaced Marius Pantea, who was fired in late July after only four months on the job. Pantea replaced Catalin Chesa, who also managed only a few months in office before being shown the door. The current interim GM is Danut Sporea, who we have to assume has already been replaced by someone else by now, and that person is likely already glancing nervously over his shoulder.

In a decision issued on August 24 but only publicized last week, the ONJN announced that it had revoked the fixed-odds betting license of SC. Right Betting SRL due to “unpaid tax liabilities to the state budget.”

Right Betting SRL was a Bucharest-based subsidiary of Stanleybet before it declared insolvency in 2016. The company was one of seven Romania-based betting operators that threw in the towel that year after the government imposed a retroactive tax on gross gaming revenue.

SC Right Betting and the other shuttered betting operators reportedly operated at a loss in Romania for several years prior to the government’s back tax demand, which proved the final straw. However, Stanleybet Romania Online Ltd continues to operate its ONJN-approved Stanleysports.ro betting site.