Home / Business / Ultraplay send Outlaws to the job centre; LOL gets a BMW 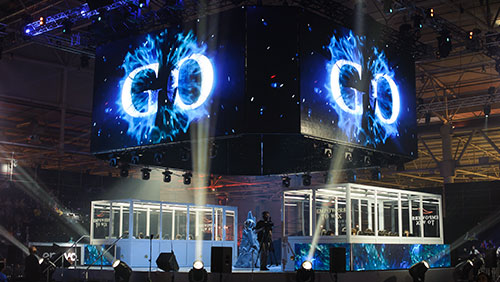 Sportsbook and esports betting solution, Ultraplay, has sent their Outlaws to the job centre, as well as signed a deal with BetOnline, and BMW drives into the backyard of Riot Games.

A week ago, Mario Ovcharov, Chief Marketing Officer (CMO) of the Bulgarian esports betting platform, carpet bombed the esports industry with an email complaining that NRG esports had stolen one of their star players.

CeRq decided his future lay in the bosom of NRG esports, and Ovcharov argued, in doing so, the youngster, contravened both his playing contract and a non-compete clause.

The feedback from the Electronic Sports League (ESL), the Esports Integrity Coalition, and NRG esports didn’t offer Ultraplay much hope of financial remuneration, and it seemed the whole incident would blow over.

Ultraplay has been tight-lipped on the reasons for the withdrawal, but have made it clear that the Outlaws esports Academy will continue to operate.

With Outlaws heading out of the door marked ‘Exit’, BetOnline.ag has just scuffed their feet on the welcome mat.

The North American iGaming operator has inked a deal allowing them to tap into Ultraplay’s extensive esports database and sports betting solution.

Ealing scored 46 goals in 13 games during the finals.

Over seven million players competed in the event, and it took over a year to complete.

The growth and appeal of esports continue to expand into the mainstream after Riot Games announced a partnership with BMW.

The German car manufacturer becomes the official partner of the finals of the European League of Legends Championship Series (EULCS) that will see G2 take on Misfits in a Parisian final on Sep 3.

It’s the third time this year that a major car company has entered the esports industry. In January, Audi became the sponsor of the Danish CSGO side Astralis, and last week ESL took Janis Joplin’s advice and partnered with Mercedes Benz.

The EULCS finals take place at the AccorHotels Arena, with the winner securing a spot in the 2017 World Championships in China. Tickets cost €25 & €30.