Home / Business / Jamie Miles: Catching fraud is like a game of cat and mouse 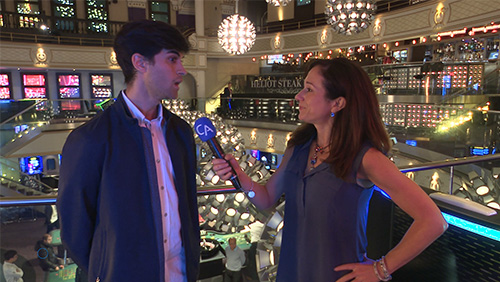 In this interview with CalvinAyre.com’s Becky Liggero, Jamie Miles of Onfido discusses how artificial intelligence help prevent fraud in the online gambling space.

Online fraud watchdogs are now sounding the alarm bells over the rising number of identity theft in cyberspace, which they said have already reached the “epidemic levels.”

In UK alone, fraud prevention group Cifas recently reported that the country recorded at least 500 identity theft cases a day. The number translates to a total of 89,000 cases in the first six months of 2017, according to Cifas.

Jamie Miles of Onfido admits that fighting online fraud is like playing a game of cat and mouse wherein fraud watchdogs are always in constant pursuit of the felons. The chase, however, ends up to either near captures or escapes.

Guarding gambling payments and financial services are two of the most daunting tasks for any operators, according to Miles, because these require thorough scrutiny of the person behind the desktop.

He also suggested that operators may also resort to seamless document checking, which, he said, was the cheapest way to verify customers.

“If say you are uploading your identity document you could be completely genuine,” Miles pointed out. “But say this person is uploading a cousin’s document, their sisters, and their mothers because they are trying to create multiple accounts, probably for nefarious purposes, we are able to unmask those people by taking a selfie of the individual, doing a liveness test, to make sure they’re not holding a mask with the eyes cutout, a simple blink test, and then cross reference it with identity documents.”

On the part of the government, Miles said that they must conduct a constant review of their country’s laws and regulations in order to cope up with the changing world. Some laws crafted decades ago, according to Miles, may no longer applicable at present, especially now that the world has gone from offline to online.

“We’ve gone from an offline world to an online world. There is no bridge to allow you to interact with the customers who are now gambling online,” he said. So the regulators, by looking at all the different tools that are available, including Onfido among others, and who are bridging this gap through facial recognition or seamless document checking that allow you to verify customers are who they say they are in a more rapid and robust way but also cheaper so that way, it is a win-win for absolutely everyone involved.”