Monday, 21 August 2017, Transylvania – EEGMedia/EEGEvents, the leading media and C-level boutique gaming event organizer company of the Central and Eastern European region has engaged in a strategic partnership with the Asia Gaming Brief, an intelligence service providing up to date market information for worldwide executives on relevant gaming issues in Asia. 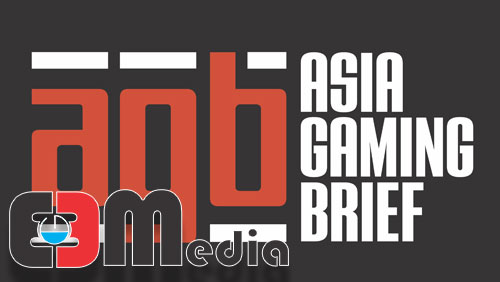 The main objectives of the partnership are the content and information spread on the media networks which both companies own and operate in order to increase visibility in the verticals of the online gambling industry. The partnership will benefit both companies as well as their partners who will now have an extensive reach across the European and Asian markets.

Zoltán “Hawkie” Tűndik, Founder and Head of Business at EEGMedia/EEGEvents commented: “We are keen to start being an active promoter of the Asian markets and look forward to serving our visitors with news about the updates they can find at the events organized by Asia Gaming Brief. After successfully implementing our channels of distribution we can say that we now serve contents on a higher scale and being able to partner with different regions of the globe will have a positive impact in the industry.”

Felix Ng, Asia Editor and Project Director at Asia Gaming Brief commented: “We are always more than happy to support important industry events both in Asia and abroad. With this partnership, we hope to be able to facilitate a closer exchange of information between Europe and Asia.”

EEGMedia(Eastern European Gaming Media) has been launched with the mission of bringing together the online gambling (igaming) industry of Central and Eastern Europe and building an communication bridge between the region and the already booming industry of Western Europe.

EEGMedia is the founder and owner of the largest igaming focused online news portal of the CEE region and since its launch in 2015 the company has managed to create a large database of clients and subscribers to become the leader of the industry.
For more details, visit: https://eegmedia.eu/

EEGEvents is the leading C-level boutique gaming event organizer of the Central and Eastern European region and is a sub-division of EEGMedia.

The Events divison was founded in May 2016 and was the result of the many queries and feedback the company has received from B2B clients, operators and partners. This was the year when the inaugural Central and Eastern European Gaming Conference was held in Budapest and since then, the team has managed to organize two other inaugural events (VIGE – Vienna International Gaming Expo and Prague Gaming Summit).

Their upcoming event is planned to be held between 19-20 September and it’s the second edition of the Central and Eastern European Gaming Conference Budapest.

Given the continued growth of the company, the team has decided that besides organizing the 3 main events in 2018, they will implement 2 more region oriented boutique gaming events.

About Asia Gaming Brief
Asia Gaming Brief is a daily e-brief for gaming executives and those affiliated with the gaming industry on recent regional news and analysis on what those stories mean for the industry. Articles, written by experts living and working in Asia, cover a comprehensive range of operational issues including compliance, management, regulation, government interaction, financing, HR and technology.

AGB also organize a number of gaming-focused events across Asia, including the yearly ASEAN Gaming Summit held in the Philippines, the Asia Gaming Awards in Macau, and AGSocial Networking events held throughout the year.

If you want to be part of the biggest gambling market in the world, and fully understand it, then AGB is a must for you.
For more details, visit http://agbrief.com