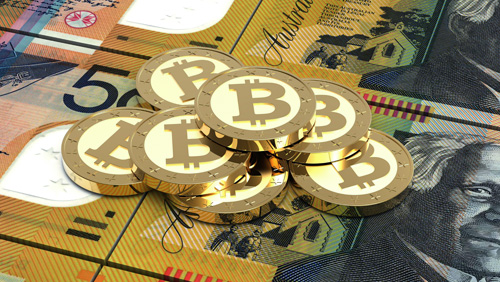 Count bitcoin among the topics that crosses the political divide.

In Australia, a bipartisan group of lawmakers is pushing to get the country recognize bitcoin as an official form of currency. According to the Sydney Morning Herald, labor and coalition senators are calling on the Reserve Bank to embrace digital currency “or risk the future of competitiveness of Australia’s A$145 billion a year financial services industry.”

Leading the effort are Liberal Senator Jane Hume and Labor Senator Sam Dastyari, who argued that Australia will be left behind if it decided against having its own official currency and blockchain.

Dastyari told the news outlet that Australia is lagging behind its Asian neighbors in the area of cheap goods and services production, but the country can still compete in the financial services sector.

“This will be a revolutionary leap for the Reserve Bank and for Australian financial institutions, what we want to do here in Parliament is to create the political environment to allow that leap [for an Australian bitcoin blockchain] to occur,” Dastyari said, according to the report.

In 2015, the Australian government had already proposed for bitcoin and other digital currencies to be treated as fiat money for the purpose of goods and service tax (GST), which will put an end to the double taxation of cryptocurrencies in the country.

Recently, however, the government’s Productivity Commission recommended that the definition of money in GST regulations to be updated to include digital currency. The commission also sought to amend the current Anti-Money Laundering and Counter-Terrorism Financing Act, so that regulation of digital currency-related businesses will be added for anti-money laundering and counter-terrorism financing purposes.

The push from Australian senators to embrace bitcoin comes after the digital currency soared to a new all-time high of $3,400 this week. On Thursday, bitcoin’s trading price held at $3,300 with a market capitalization of $56.1 billion.