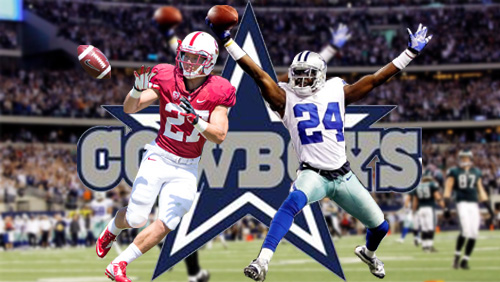 After the Dallas Cowboys edged the Arizona Cardinals 20-18 in last Thursday’s Hall of Fame Game to push as two-point betting favorites, the Carolina Panthers will kick off Week 1 of the NFL preseason this Wednesday by hosting the Houston Texans as three-point home chalk.

And Carolina fans and bettors hope to get their first look at electrifying rookie running back Christian McCaffrey in a game situation in the contest.

McCaffrey was drafted eighth overall by the Panthers out of Stanford and might be seen running the wildcat offense at times versus the Texans. Carolina starting quarterback Cam Newton is working his way back from a shoulder injury, so reserves Derek Anderson and Joe Webb should get most of the work under center.

For Houston, another rookie has been turning heads in quarterback Deshaun Watson, who is battling Tom Savage for the starting job. Watson led Clemson to the national title last year with an upset of Alabama, and was taken four spots behind McCaffrey in the draft this year.

On Thursday, seven more games are on the slate, with two visiting teams sitting as favorites on the early lines. The Minnesota Vikings are listed as one-point road chalk over the Buffalo Bills while the Denver Broncos are 1.5-point favorites visiting the Chicago Bears.

Meanwhile, the defending Super Bowl champion New England Patriots are 5-point home chalk hosting the Jacksonville Jaguars on Thursday night. These two organizations could not be more different in terms of success, which is one reason for the large number here.

Friday and Saturday will each see three preseason games played while Sunday will wrap up Week 1 with two more matchups. On Friday, the New York Giants and Kansas City Chiefs are both favorites of a field goal or more. The Giants host the Pittsburgh Steelers while the Chiefs take on the San Francisco 49ers.

The Los Angeles Chargers host the Seattle Seahawks as 1.5-point favorites on Sunday night; the Chargers finished 5-11 last season in the AFC West while the Seahawks won the NFC West division title with a 10-5-1 mark. The other Sunday game is a pick’em afternoon matchup in Indianapolis between the Colts and Lions.